This is our review of the Plaza Premium-operated Aerotel hotel inside Heathrow Terminal 3.

Better 18 months late than never, the new Aerotel inside Heathrow Airport’s Terminal 3 has finally opened.  Anika was originally booked to stay there in April 2018.  The delay was so long that Anika has managed to marry, move temporarily to the US and become 39 weeks pregnant since then 🙂  The final review therefore fell to me.

The location of Aerotel makes it ideal for anyone flying with Virgin Atlantic, Delta, Qantas, Cathay Pacific, American Airlines or the handful of British Airways flights that depart from Terminal 3. It is also within walking distance of Terminal 2, and you can use bus, tube and train within the free Heathrow zone to get to other terminals.

To avoid confusion, it is LANDSIDE.

Aerotel provided us with a free room for review purposes.

The Aerotel London Heathrow website is here if you want to find out more or book.

Aerotel is owned by Plaza Premium, the company that also operates a variety of lounges worldwide.  This includes the Terminal 2 lounge (review) which has won the Skytrax World’s Best Independent Airport Lounge for three consecutive years.

This is not the first Aerotel to open. They are also available in Abu Dhabi, Beijing (the new Daxing airport), Cebu, Guangzhou, Kuala Lumpur, Muscat, Rio and Singapore.  You can check out all the options on the Aerotel website here.

They are generally bookable by the hour although there is a six hour minimum at Heathrow. The concept is that if you are connecting or have an early morning flight, all you need is a place to crash and freshen up. You do not need the myriad of amenities – and therefore additional cost – that most conventional hotel concepts include.

The Aerotel at Heathrow Terminal 3 is located in the arrivals portion of the terminal. If you are arriving by tube, make sure to follow signs for arrivals. These are not always clearly signposted as you are walking against the usual flow of traffic! The lobby is at the opposite end of where you would walk out from arrivals, next to the rental car counters. If you keep walking straight you will see it. 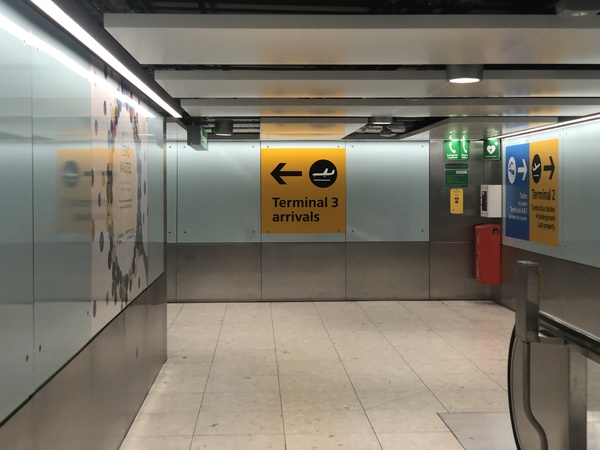 Whilst it IS sign posted, the logo is very small and makes it very hard to see from a distance.  That said, the signs have been up since early 2018, so regular Terminal 3 travellers will be familiar with them even though the hotel was not open. 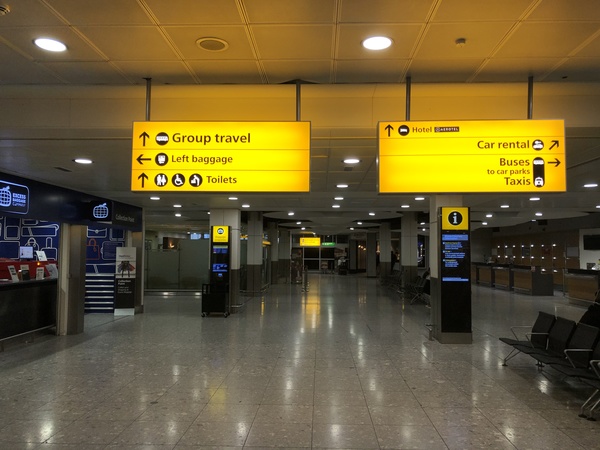 The lobby, however, is open to the terminal and is the most stylish thing in the arrivals area. 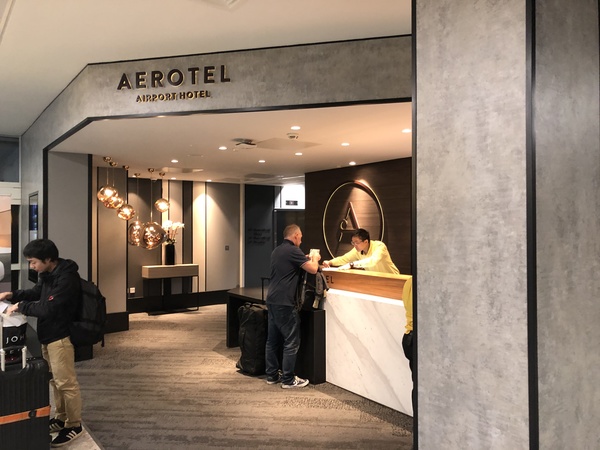 Whilst the lobby is on the ground floor, all the rooms and amenities are on floors 1 and 2, accessible via staircase or lift. I had a room on the second floor, which is also the location of the ‘Library’ lounge dining concept.

The rooms at Aerotel Heathrow

Here is my room, a double: 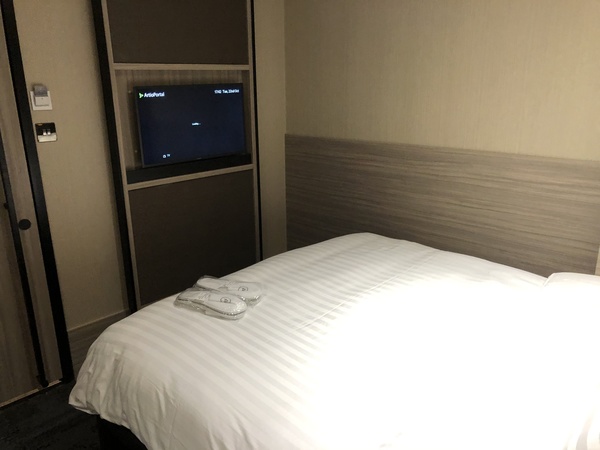 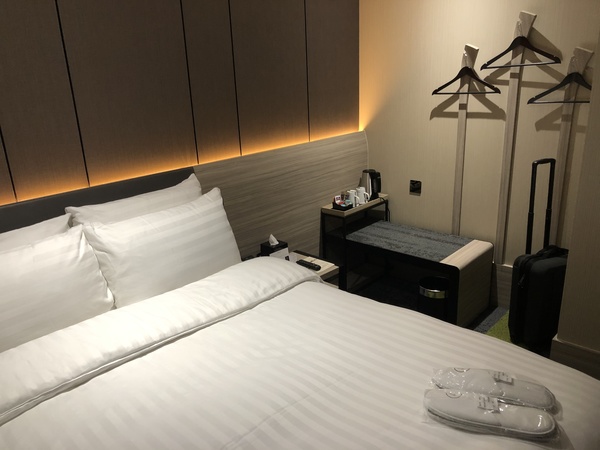 …. although single rooms and family rooms are also available. None of the rooms, as far as I am aware, have windows.

As you can see, the rooms are small. The bed is up against the far wall and there is a small walking space around the other two sides. There is a small surface for opening your suitcase and hanging a few items, and that is it. You also have a kettle and a couple of mugs and a selection of teas, as well as a wall-mounted TV and free WiFi.

The bathroom is equally small, although with a large shower.  I struggled to photograph it due to the angles: 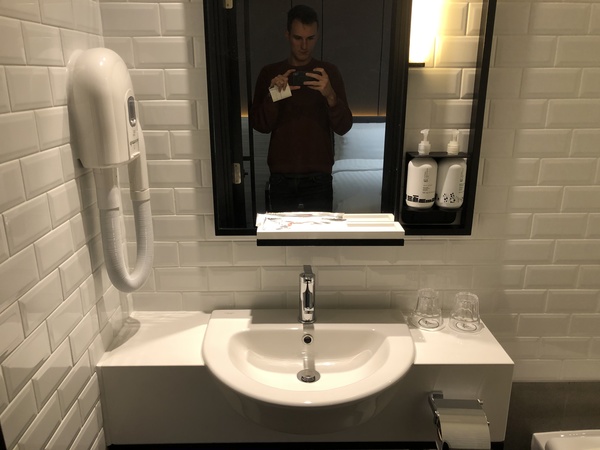 The shower is recessed into the rear slightly more, making it a larger space. It is stocked with reusable pump-action Urban Skincare products. 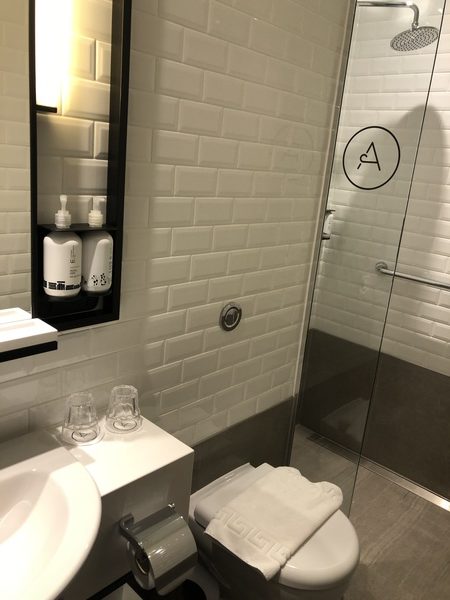 The Library, AKA the restaurant-lounge

Marketing material also mentions the Library, which is a sort of restaurant-lounge concept. I was eager to check this out although, ironically, it has no books stocked. 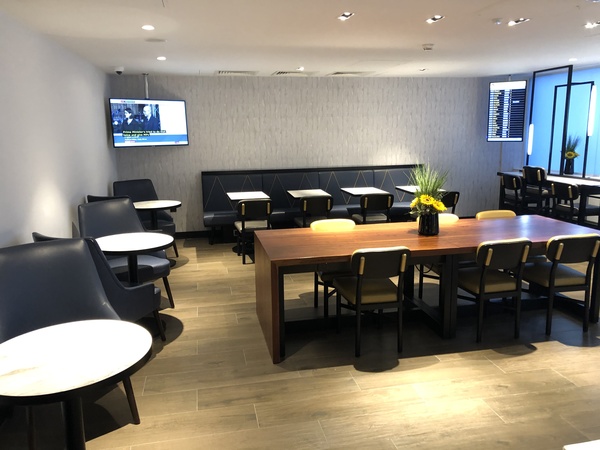 It was much smaller than I expected, although I suppose with just two floors this isn’t a particularly big hotel. I was the only guest when I arrived, although someone turned up after me. 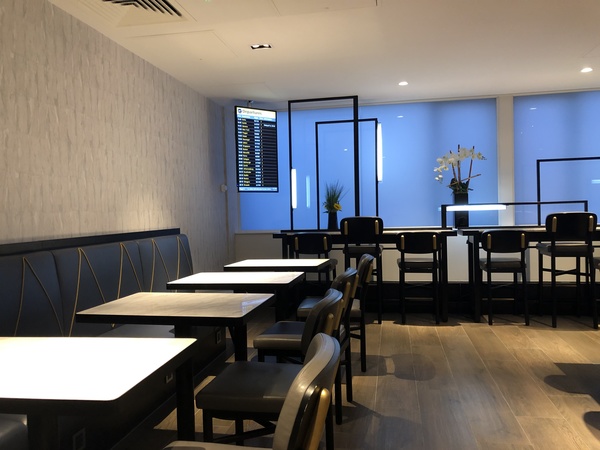 Inside the Library you’ll find a selection of papers and magazines, including The Times and FT, as well as 24 hour news on TV (muted) and a departures board for all Heathrow terminals. 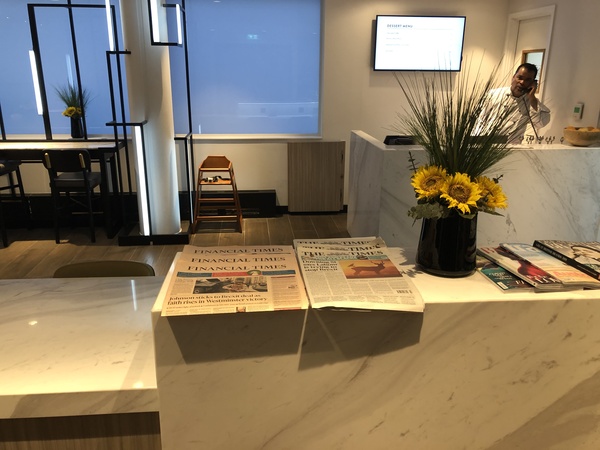 There is also a cafeteria style fridge with snacks, drinks and sandwiches: 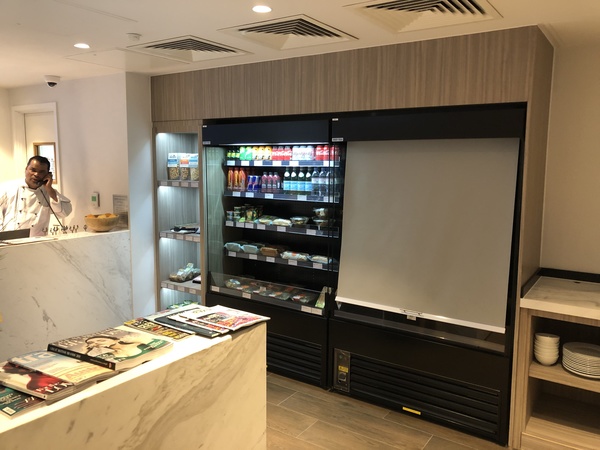 In addition, you can order from the small a la carte menu. This includes an all day breakfast, soup, beef bourguignon, chicken tikka masala, vegan Thai vegetable curry, vegetable lasagne, stir fry and king prawn Wonton soup. The most expensive item is £10 which seems remarkable for an airport hotel!

I went for the beef bourguignon: 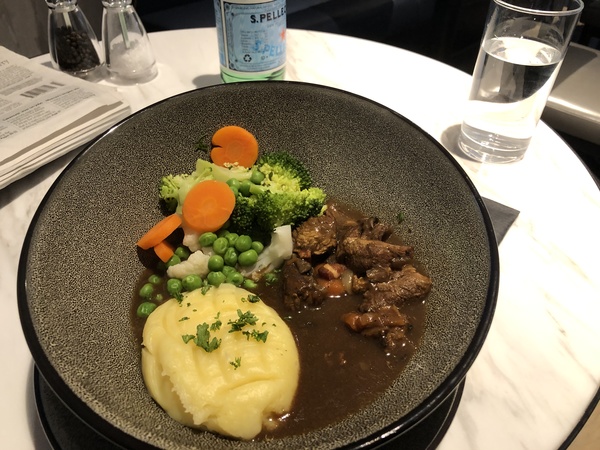 As well as a small dessert: 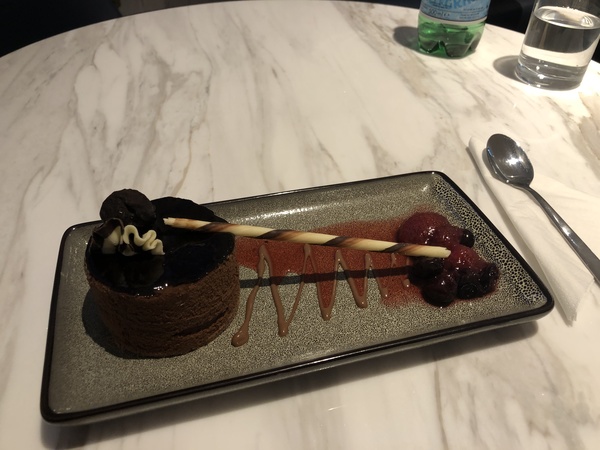 This is obviously not Michelin dining. I would say the food is about on par with what you would find in a decent airport lounge. For £10 or less, however, it is very good value. Even an airport Wetherspoons would set you back more.

Apart from the lounge there are no other amenities. No gym or swimming pool, or other public spaces …. which is fine by me.

Aerotel does what it sets out to do very well: gives you a space to rest and refresh without all the extra bits you don’t need.  In fact, I was surprised at how nice the rooms looked despite their size.  The bathrooms, too, look stylish.

Pricing seems a little high at the moment but it depends on your length of stay.  The Hilton Garden Inn attached to Terminal 2 is walkable from Terminal 3 although it is a long trot via the tunnel which links both terminals to the tube.  Our Hilton Garden Inn Heathrow Terminal 2 review is here.

If you are flying in or out of Terminal 3 then Aerotel wins for convenience.  If you are using one of the other terminals the existing on-site hotels (Sofitel at T5, Hilton / Premier Inn / Crowne Plaza / HI Express / Yotel at T4, Hilton Garden Inn at T2) offer more space and more services and will be handier.

You can see more about Aerotel and book on the website here.

Want to buy hotel points? There are no special offers currently running for buying hotel points.