Sky News reported very late last night that Flybe is believed to be on the brink of administration.

Regular readers will know that Flybe was acquired last year for, virtually, nothing (£2m) by a consortium of Virgin Atlantic, Stobart Air and private equity group Cyrus Capital.

In the Autumn, the airline announced that it would rebrand itself as Virgin Connect.  I was the only member of the media invited to the event which unveiled the new name and strategy (I chaired a panel discussion) and there was a real sense of optimism and enthusiasm from the new CEO Mark Anderson and his team.

Substantial changes were announced to its route network, which would effectively have seen it move away from the price-concious leisure market and focus on business and ‘visiting friends and family’ routes.

The three new shareholders had agreed to inject £100m into the airline.  If the story last night is correct, this has not been enough to see it through the difficult Winter period when revenues are at their lowest. 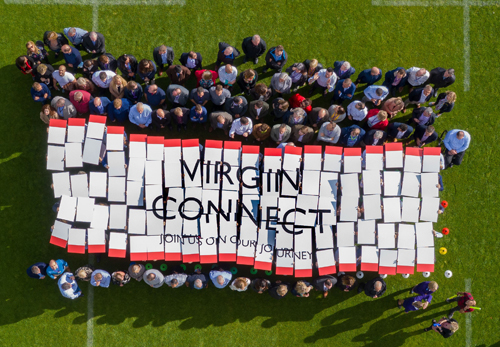 It was stated that advisory group EY had been put in place to handle the administration of the airline if additional funding could not be secured.  The Government was also believed to be involved in talks about providing a credit line to the business.

Whilst Virgin Atlantic has relatively deep pockets – albeit with a desire not to throw good money after bad – I can imagine that Stobart Air and Cyrus Capital may have wanted to draw a line.

There was a plan to inject Stobart Air’s existing airline operations into Virgin Connect – I’m not sure if this was in lieu of injecting cash into the new venture.  I don’t know if this actually took place or not.  It would be bad news if Stobart Air also went under.

“Flybe continues to provide great service and connectivity for our customers while ensuring they can continue to travel as planned. We don’t comment on rumor or speculation.”

I expect we will hear more about this during Monday …..