Virgin Atlantic made a number of coronavirus-related announcements yesterday:

Virgin Atlantic was supposed to be launching its first route to South America later this month. We were scheduled to be on the inaugural flight on the 29th March with Sir Richard Branson.

Virgin Atlantic has decided to delay the route due to ongoing coronavirus concerns. The flight has been pulled entirely until 5th October, the amended launch date.

This is an interesting decision, not least because Brazil is not particularly affected by the outbreak so far. Whilst British Airways has been dumping capacity on flights to North America and Africa, Virgin Atlantic appears to be taking a different tack and is attempting to reduce its cost base in the short term.  Since most new routes are loss making in their first year, Virgin clearly decided it did not want to shoulder that burden during an already difficult time.

Passengers affected by the delayed introduction of the route can choose between being rebooked on another airline, a refund or a rebooking from October. 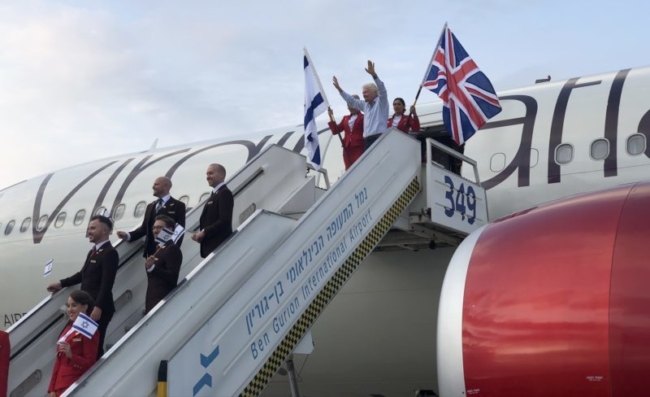 This is, unfortunately, as pointless as the British Airways waiver:

you are on the hook for any increase in fare, and

you cannot get a refund, which means that the waiver has no benefit if you are travelling for a specific purpose

There is also no support for anyone who made a booking prior to 4th March.

Virgin Atlantic is making additional cost-cutting measures in order to weather out the storm. Unlike British Airways / IAG, Virgin Atlantic has thinner margins and will be more severely affected by travel restrictions.

This is especially true given that, proportionally, the revenue from the now-cancelled Shanghai and part-cancelled Hong Kong routes is a much larger piece of the pie than it is for British Airways, which has a much larger network.

CEO Shai Weiss will be taking a symbolic 20% pay cut from April until July with the remaining executive leadership team agreeing to 15%.

In addition, there will be a company wide recruitment freeze and a restriction on all non-essential staff travel and training.

There is also a proposed deferral of annual pay increases for employees, from March until August, as well as the opportunity for ground-based staff to take one to two weeks of unpaid leave before 31st July.

Virgin Atlantic is well and truly battening down the hatches.