Sir Richard Branson published an open letter to Virgin Group employees yesterday, in part to address some of the criticism he has received – including in our comments – over issues including his liquid (as opposed to asset) wealth and his tax status.

It includes a commitment to raise funds against Necker Island, if possible, to inject into Virgin Group companies.

The timing was unfortunate, as it includes a paragraph on Virgin Australia which slid into administration shortly after publication.

As we covered on Saturday, the UK Government is believed to have rejected Virgin Atlantic’s first bid for a rescue loan on the grounds that it had not sufficiently exhausted the resources of its shareholders (Virgin Group and Delta Air Lines) and that its business plan to repay the money was too optimistic.

I have included extracts below.  The full letter can be found here.

For clarity, the bolding and images were added by me.  Outgoing links have been removed but can be found in the original. 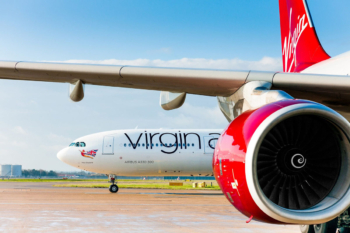 Over the five decades I have been in business, this is the most challenging time we have ever faced. It is hard to find the words to convey what a devastating impact this pandemic continues to have on so many communities, businesses and people around the world. From a business perspective, the damage to many is unprecedented and the length of the disruption remains worryingly unknown.

Together with our Virgin company teams, I am working day and night to look after our people and protect as many jobs as possible. We are operating in many of the hardest hit sectors, including aviation, leisure, hotels and cruises, and we have more than 70,000 people in 35 countries working in Virgin companies. We’re doing all we can to keep those businesses afloat and I am so thankful to all of you who have continued to work so hard in these difficult times. We have already committed a quarter of a billion dollars to help our businesses and protect jobs, and will continue to invest all we can.

I’ve seen lots of comments about my net worth – but that is calculated on the value of Virgin businesses around the world before this crisis, not sitting as cash in a bank account ready to withdraw. Over the years significant profits have never been taken out of the Virgin Group, instead they have been reinvested in building businesses that create value and opportunities. The challenge right now is that there is no money coming in and lots going out. 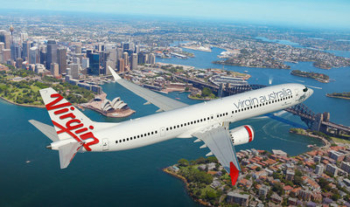 My passion has always been creating businesses that improve people’s lives and over the years we have created hundreds of thousands of jobs. Today, the cash we have in the Virgin Group and my personal wealth is being invested across many companies around the world to protect as many jobs as possible, with a big part of that going to Virgin Atlantic.

I am so proud of the Virgin Atlantic teams who continue to deliver critical medical cargo flights to the UK, and the many Virgin Atlantic people who are currently volunteering with the NHS. Their spirit is so heart-warming and inspiring, and I couldn’t be prouder of our amazing people (it deserves saying twice!) I am also deeply moved by the thousands of messages of support from our incredible people at Virgin Atlantic and around the Virgin family. They mean so much to me – thank you all.

Together with the team at Virgin Atlantic, we will do everything we can to keep the airline going – but we will need government support to achieve that in the face of the severe uncertainty surrounding travel today and not knowing how long the planes will be grounded for. This would be in the form of a commercial loan – it wouldn’t be free money and the airline would pay it back (as easyJet will do for the £600m loan the government recently gave them).

The reality of this unprecedented crisis is that many airlines around the world need government support and many have already received it. Without it there won’t be any competition left and hundreds of thousands more jobs will be lost, along with critical connectivity and huge economic value. Virgin Atlantic started with one plane 36 years ago. Over those years it has created real competition for British Airways, which must remain fierce for the benefit of our wonderful customers and the public at large. 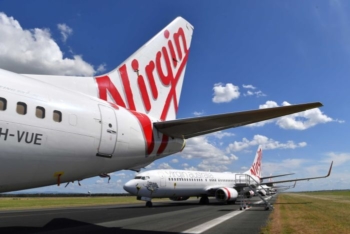 The same is true in Australia, where the brilliant Virgin Australia team is fighting to survive and need support to get through this catastrophic global crisis. We are hopeful that Virgin Australia can emerge stronger than ever, as a more sustainable, financially viable airline. If Virgin Australia disappears, Qantas would effectively have a monopoly of the Australian skies. We all know what that would lead to.

At this time of crisis, we also have thousands of brave frontline employees working for Virgin Care as part of the NHS under extremely challenging circumstances. First and foremost, I want to thank you all for your dedication and resilience. It is humbling to see all the incredible work you are doing providing much needed NHS services, in particular those of you who are helping and giving dignity to people with severe COVID-19 cases. We have invested more than £75m to date into the NHS and have never made a profit. If Virgin Care ever does make a profit, we have committed to reinvest 100 per cent of that back into the NHS.

Much has been written about Virgin Care’s dispute with a commission over a contract a number of years ago. Some will say it was unwise for Virgin Care to do this, but the most important thing is that Virgin Care was never intending to profit from it and 100 per cent of the money awarded went straight back into the NHS. 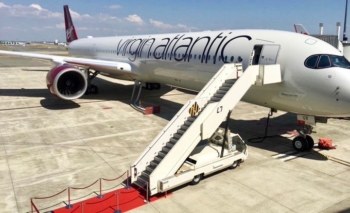 Virgin Money Giving, our non-profit fundraising platform, has also received criticism for the fees they took when processing a donation to charity. Virgin Money Giving never makes a profit and never will. Virgin Money Giving was founded in 2009 when Virgin Money began sponsoring the London Marathon. At the time, one player dominated the online fundraising industry. In a sector where the entire purpose is to make the most of the money raised for good causes, it operated with a for-profit business model.

There have been comments about my home. Joan and I did not leave Britain for tax reasons but for our love of the beautiful British Virgin Islands and in particular Necker Island, which I bought when I was 29 years old, as an uninhabited island on the edges of the BVI. Over time, we built our family home here. The rest of the island is run as a business, which employs 175 people. As with other Virgin assets, our team will raise as much money against the island as possible to save as many jobs as possible around the Group.

I have been honoured to work with all of you over the last five decades building companies and creating competition and choice for consumers across a whole range of industries. Our companies have created hundreds of thousands of jobs and paid hundreds of millions in tax around the world (and will continue to do so). Our companies based in the UK pay tax in the UK, and so forth.

You can read the full version here.