British Airways has turned the screw on its pilots over redundancy plans, despite the hopes of their union that a deal could be reached.

BALPA, the pilots union, is generally seen as the grown-up in the room when it comes to dealing with British Airways.

This doesn’t always work, of course – BALPA caved in on its pay demands last year and its proposed strikes fizzled out – but it sees itself as representing a wealthier group of people than GMB and Unite and acts accordingly.

During the current talks over mass redundancies and pay cuts, BALPA has been talking to British Airways.  It is the only union which has accepted invitations by British Airways to consult over how the necessary cuts can be made.  This has allowed British Airways to put pressure on GMB and Unite over their unwillingness to join discussions over the fate of cabin crew and ground staff. 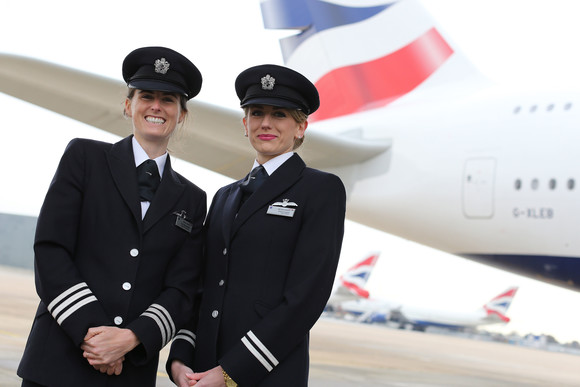 I don’t think anyone believed that BALPA would lead British Airways to change its plans, but there was some hope that the restructuring could be done in as painless a way as possible.

A few days ago, BALPA got a shock.

British Airways issued a new Section 188 notice to the union.  This is the official document which outlines proposed redundancies and starts the legally required 45 day consultation period.

The number of redundancies has been increased from 955 to 1,080 – plus an additional 175 redundancies which had already been proposed as part of a previous efficiency process

The pilots have now been told that, if agreement between BA and BALPA is not made within 45 days (by 18th July), all pilots may be made redundant and British Airways will decide which pilots will be offered new, inferior, contracts to rejoin

This second element is part of the existing Section 188 letter issued to other parts of British Airways.  It was not in the original Section 188 noticed issued to pilots.

BALPA was under the impression that it was making some progress with British Airways.  In a letter, which I have seen, it suggested that:

British Airways was on the verge of agreeing to a voluntary redundancy package for pilots (all other parts of the business will just receive statutory redundancy pay, as will pilots if no agreement is reached)

Agreement was in sight over plans for some pilots to move across to the RAF or to take other roles within the company, with a guarantee that they could return to a flying role after a period

There was a discussion over pilots voluntarily joining the furlough scheme (at present, pilots have voluntarily agreed to work for free for one month but are not furloughed) in return for guarantees over job security.  This would represent a substantial drop in income for most pilots.

These plans may now be dead in the water.  BALPA added that:

“We cannot begin to describe the level of disappointment and annoyance this [new Section 188 letter] has caused.”

“This has seriously undermined our talks which now hang by a thread.  It calls into question whether BA is even capable of conducting industrial relations properly and whether anything they say can be trusted.”

If the pilots had thought that they were in a position to get a better deal from the airline than other staff, they don’t think that today.