Last November, I published a long article criticising one of the most egregious money-making schemes pursued by British Airways – the refusal to refund seat reservation fees if you cancel your booking.

It was driven by the case of reader Andrew.  He had cancelled two Avios seats in Club World to the US.  All of his Avios and other charges had been refunded, less the £35 per head administration fee, as usual.

However, British Airways refused to refund £500 of seat reservation fees. 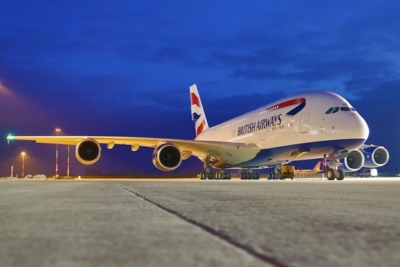 Can you really spend £500 on seat reservation fees for a couple?

Rhys wrote this article in May 2019 about ‘fee creep’ at British Airways. 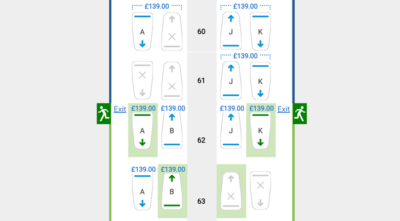 There were two issues at stake: is it made clear that your reservation is non-refundable? and is this ‘fair’?

Is it made clear that seat reservations are non-refundable?

Let’s look at the first issue.  When you go into ba.com to select seats, this is what you see (click to enlarge):

The terms and conditions are not shown, but require you to click a hyperlink.  Not ideal, but probably acceptable.  But when you click the hyperlink, you get this:

This is meant to be a summary of the key terms and conditions.  At no point does it say that seat reservations are non refundable.

If you click on ‘More terms and conditions’ it DOES bring up a lengthy pop up box of rules.  If you scroll almost to the bottom, it DOES say that seat fees are non-refundable if you choose to cancel your flight.  I would argue, however, that this is too many clicks from the booking screen to be watertight.

Regardless of the T&Cs, is this ‘fair’?

You might say ‘it doesn’t matter if it’s fair’.

Except, under UK contract law, it does.

There are lots of pieces of regulation which could come into play here such as the Consumer Rights Act 2015, the Unfair Contract Terms Act 1977, the Unfair Terms in Consumer Contracts Regulations 1999, the Sale of Goods Act 1979 and the Supply of Goods and Services Act 1982.

Here is a very concise summary from the Government’s own website:

Businesses can keep your deposit or advance payments, or ask you to pay a cancellation charge, only in certain circumstances:

If you cancel the contract, the business is generally only entitled to keep or receive an amount sufficient to cover their actual losses that directly result from your cancellation (eg costs already incurred or loss of profit).

Businesses must take reasonable steps to reduce their losses (eg by re-selling the goods or services).

Non-refundable deposits should only be a small percentage of the total price.

Cancellation charges must be a genuine estimate of the business’ direct loss.

A good base line is that a consumer contract can only be imposed if it is ‘fair’.

It is very, very difficult to see how retaining a payment of £500+ for seat selection is ‘fair’ when the airline was happy to cancel the underlying seats without penalty.

Seat selection fees also appear ‘unfair’ in terms of the ‘power’ given to each party.  British Airways, according to the small print, is free to throw you out of your allocated seats for any reason it wants:

“A paid seat request cannot be guaranteed, as it may need to be changed for operational, safety or security reasons, even after boarding the aircraft.”

“Paid seating will not be refunded if you cancel your flight, are involuntarily upgraded or are not suitable to sit in the seat type you have selected.”

Note that, if BA upgrades you, you don’t get a seat refund.  It is difficult to imagine a court agreeing with that, especially if you paid for seats purely in order to be together but – due to the upgrade – you were separated.

Oddly, if the whole transaction was non-refundable (the seat and the seat reservation), you may be able to make a case for retaining the seat fee.  You bought a product in advance at a cheaper price by buying it in advance rather than at short notice, with the trade off that the transaction was non-refundable.  This is seen as ‘fair’ under UK law.  The seat fee could be seen as part of the overall cost.

In the case of an Avios redemption – or a fully flexible cash ticket – it is a different story.  The airline is willing to refund the flight.  It is therefore virtually impossible, in my mind, to put together a ‘reasonable’ justification for keeping the seat selection fees.

A reader decided to test this at arbitration

A reader (not Andrew who we quoted above) took me up on the offer.

Here is the arbitration judgement in full:

Issues in dispute
• The passenger claims £408.00, as a refund of the seat selection fee he paid to the airline.
• The airline denies liability for the refund sought.

Decision making principles
• In order to succeed in a claim against the airline, the passenger must prove on a balance of probabilities that they are owed compensation under Regulation (EC) No 261/2004 of the European Parliament and of the Council of 11 February 2004 (“Regulation 261”).
• I have carefully considered all of the issues raised and the documents provided. Both the passenger and the airline should be reassured that if I have not referred to a particular issue or document, this does not mean that I have not considered it in reaching my decision.

1. The passenger claims £408.00 as a “Refund of Seat Selection Fee from fully refundable ticket”. The airline, on the other hand, states the passenger is not entitled to a refund of the seating charges he paid, as, in accordance with its terms and conditions, “pre-paid seating will not be refunded if the Passenger chooses to cancel their booking”.

2. I am mindful that pursuant to the airline’s Terms and Conditions for paid seating, passengers “will not receive a refund for paid seating if [they] cancel [their] flight”.

4. Rule 2.1. of the Aviation Adjudication Scheme Rules stipulates the types of disputes that I, as an adjudicator under the Aviation Adjudication Scheme can deal with. The passenger’s dispute does not relate to “[d]enied boarding, delay, or cancellation”, “[d]estruction, damage, loss, or delayed transportation of baggage”, “[d]estruction, damage, or loss of items worn or carried by the customer” or “[p]roblems faced by disabled passengers or passengers with reduced mobility”. In that sense, the passenger’s claim can only fall within Rule 2.1.5, namely “disputes arising where the customer alleges that the subscribing company has not acted fairly; that is, where the subscribing company has failed to provide the service as agreed under the contract for aviation services”. In that sense, I am only able to determine if the airline broke a term of its contract with the passenger or if it failed in its duty of care owed to the passenger when providing the contracted services. Yet, it falls outside of my remit as an adjudicator to establish whether the contract between the parties is balanced, fair or reasonable or to rule whether it is legal in accordance with the applicable regulations in the United Kingdom.

6. Subsequently, given that the passenger cancelled his tickets for the Flights, I consider the airline correctly denied liability for a refund of the paid seating charge the passenger incurred. In that sense and in view of the clear provision in the airline’s terms and conditions stating passengers “will not receive a refund for paid seating if [they] cancel [their] flight”, I find there is no basis on which I would be able to direct the airline to refund the passenger £408.00, representing the seat selection fee the passenger paid to the airline.

7. I anticipate the passenger may be disappointed by my decision but hopefully he understands my reasoning. Whilst I recognise and sympathise with the situation the passenger found himself in, the airline’s terms and conditions relating to paid seating clearly and unambiguously state passengers “will not receive a refund for paid seating if [they] cancel [their] flight”. Therefore, I was only able to conclude the airline acted in accordance with those terms and conditions by not offering a refund to the passenger for the said seat selection fees which the passenger paid. Whist I recognise the passenger deems this provision unfair, I am unable to make a determination as to whether the same is unfair, binding, acceptable, balanced or not to the detriment of the consumer. Should the passenger be unsatisfied with my ruling, he is free to reject the decision and and to negotiate a settlement with the airline or to pursue the matter elsewhere should he wish to do so, including to dispute the validity of the abovementioned provision (or the airline’s terms and conditions as a whole) before a competent body or court.

• The passenger’s claim does not succeed.

It is not hugely surprising that the claim failed, unfortunately.

It is not disputed by me, the passenger or the arbitrator that the BA terms and conditions allow it to pocket your seat selection fees if you cancel your flight.  This appears to be the only point that the CEDR arbitrator has considered.

By his own admission, the arbitrator is not allowed to consider whether these terms are ‘fair’ under UK contract law.  Only a court can decide this.

However, I would clearly take issue with the arbitrator’s view that BA makes its cancellation policy ‘clear’ and ‘unambigous’.  It is clear from the screenshots I show above that this is absolutely NOT the case.  I doubt the abitrator actually did anything as obvious as try to make a BA seat booking himself.