You can see the official statement here.

I am not going to run through it here because the numbers are as dreadful as you can imagine, with virtually zero passengers or revenue over the last three months.  For comparison: 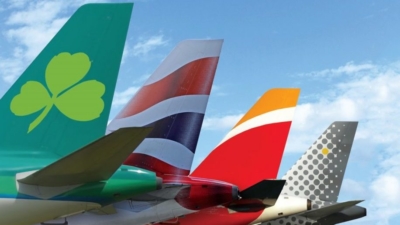 What is more interesting is the accompanying commentary about where the airline goes now.  Here are the highlights from the full City presentation which you can find here.

The numbers below refer to the entire IAG group and not just British Airways, unless specifically stated.

Passenger volumes will not recover to 2019 levels until 2023

The rumoured €2.75 billion rights issue (ie issue of new shares) is going ahead.  Qatar Airways has agreed to take up its full 25.1% allocation.

IAG believes that, following its cost cutting measures, it will break even in Quarter 4 (ie between October and December).  This is on an operating cash flow basis which, given the current cash crisis in the business, is more important than an ‘accounting’ profit.  It presumably does not account for ongoing fuel hedging losses, however (see next point).

IAG lost an astonishing €1.3 billion in the last 6 months due to its failed fuel hedging strategy.  This is NOT an accounting loss, it is a real ‘cash out of the door’ loss.  (In simple terms, BA agreed in advance to pay a fixed price for a huge amount of jet fuel.  Because the price of jet fuel fell sharply after BA made the deal, the seller was entitled to the full profit it would have made on the contract even though the fuel was never delivered.  This deal works in both directions and, had jet fuel prices gone up by the same amount, BA would have received €1.3 billion.)

Net debt at IAG level was €10.5 billion at the end of June

A further 20 leased aircraft will be handed back during 2020

The cash cost of running the business is now down to €200 million per week – losses are lower than this, because revenue is now starting to come back

Capex has been reduced by €7 billion, of which €6 billion is from aircraft deferrals.  Slightly worryingly, IT spending has been cut sharply.

The ‘75% bonus when you buy Avios’ offer in June gets a special mention under ‘management actions’ for raising cash!

There is more, much more, in the slide presentation here.