Club Eurostar is making some changes to how it operates in response to the hit to the business caused by coronavirus.

The good news, from a loyalty perspective, is that Club Eurostar will be extending your status by five months.  Your new end date should already be showing on your Eurostar account.  Five months is oddly specific but I imagine that Eurostar doesn’t want to be too generous now that travel between the UK and France is beginning to re-open 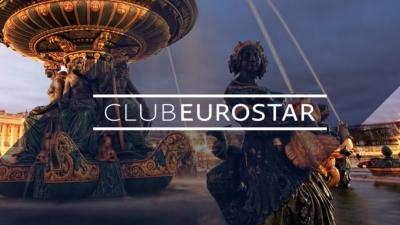 The other big change affects the cost of redemption trips.

One key selling point of Club Eurostar is that a free ticket is GENUINELY a free ticket.  There are no taxes and no charges to pay.  As long as you have enough points, your trip won’t cost you a penny.

(You can imagine airline loyalty executives shaking their heads here and saying ‘these people are crazy’ ….)

Those days are now numbered.

From 6th October, you will be charged a ‘network charge’ of £16 per person, per one-way journey, on any booking paid in full with points.  This is – clearly – a devaluation, as the points necessary for a redemption remain the same.

The ‘network charge’ is a flat-rate and not tied to your class of travel, status or destination.  The fee is the same whether you are in Standard or Business Premier, and whether you are travelling to Paris or Amsterdam.  There is no discount for children.

On a round-trip, you are looking at a fee of £32 per person.  This is roughly in line with the taxes and fees British Airways charges on a Reward Flight Saver redemption in Euro Traveller.

Regarding the changes, Club Eurostar writes:

“We know it’s disappointing news and hope you understand that we’ve had to make some tough decisions recently. The introduction of this fee is a necessary change that will allow us to continue offering tickets in exchange for points. It’s also an approach that is in keeping with the rest of the travel industry.”

One small compensatory measure is that Club Eurostar will be introducing a regular prize draw for Avantage and Carte Blanche members.  It’s not clear how this will work or how many prizes will be available, but Club Eurostar says that it will include ‘free trips and upgrades’. 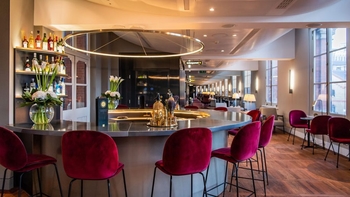 Lounges, fast-track and onboard catering developments

Club Eurostar used its email to members today to update them on other announcements too.

As we reported earlier this week, the Eurostar lounges have now re-opened.  Don’t forget you get free access if you have the American Express Platinum card.  Alternatively, you need to be travelling in Business Premier or have Carte Blanche status.

Fast-track lanes are due to re-open “soon”.

Onboard catering will resume from 7th September.

Onboard wifi will be limited to Business Premier and Standard Premier passengers.  It is not clear why it is blocked for Standard Class passengers.

It’s hard to spin these changes positively – the introduction of a ‘network charge’ is a clear devaluation of Club Eurostar.

It is an odd time to introduce these changes and it will come as a blow to some of Club Eurostar’s most loyal members.  At a time when travel is low, it is not as if Club Eurostar members are costing the company money by displacing potential cash customers.

A few months ago, Club Eurostar removed ‘merchandise’ redemptions from its site.  The only external partner is now Accor Live Limitless, where 500 Club Eurostar points gets you 1,500 Accor hotel points, worth €30.  The lack of good third party redemptions means that Club Eurostar can impose its ‘network fee’ without the risk of seeing points redeemed on expensive (for Eurostar) partners.

We will take a look at how these changes impact our valuation of Club Eurostar points over the next few days.  It is likely that Club Eurostar transfers from American Express Membership Rewards – done at a 15:1 conversion rate – will now look poor value in Standard, but let’s see how the maths looks.