The move was long planned as part of a financial restructuring.

In some ways, coronavirus played second fiddle to the two other serious issues which hit the company in recent months.

First up was the major ransomware cyberattack which hit Travelex in late December.  This shut down much of the business for an extended period.  It wasn’t until February that British Airways Executive Club members could again order currency and earn Avios. 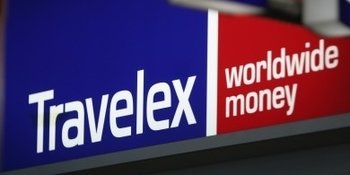 There was then the slightly inconvenient discovery by the parent company of Travelex, London listed Finablr, that it had $1 billion of debt that senior management never knew about.  The published debt figure was nearer $300 million.  It is alleged that the $1 billion had been raised and then stolen by the previous owners and selected employees.

Travelex was placed into administration yesterday.  Parts of the company – the parts that operate foreign exchange counters for supermarkets and provide FX services for large companies – were bought back by a group of bondholders.

Parts of the airport business have also reportedly been saved, as has the UK ATM operation.

However, all High Street Travelex shops, and those airport branches which remain shut, have been closed with immediate effect.  1,300 UK jobs have been lost.

You can find out more in this Guardian article.

Should you use your Avios for British Airways ‘Experiences’ rewards?