Over the last few days, Harrods has been emailing UK members of Harrods Rewards, irrespective of status, with an invitation to apply.  I thought it was worth taking a look at the card in case you received an invite.

The application for the Harrods American Express card is here, although you shouldn’t apply if you haven’t received an email directly and are not a Harrods Rewards member.

What does the Harrods American Express card offer?

The Harrods American Express card comes in a metallic shade of brown (bronze?) as you can see above.  I’ve never seen one in the flesh so I don’t know how classy the real thing looks.

Here are the headline features:

It is a charge card, not a credit card – you must clear your balance each month

The sign-up bonus is paltry 1,000 Harrods Rewards points, worth just £10 – it appears that you receive this irrespective of other American Express cards you hold

This is what you earn when you spend on the card:

Two Harrods Rewards points (2p) per £1 spent in Harrods – for clarity, this is on top of your usual points

I have no idea why the sign-up bonus is so low.  If Harrods and American Express are so keen to extend the cardholder base, I would have expected a substantially more generous bonus – potentially as high as 10,000 points (£100).

Does the Harrods American Express card have any extra benefits?

The only guaranteed benefit is an ‘annual complimentary Discovery Hammam experience’.

This takes place in the Moroccan Spa on the fifth floor.  To quote from the Harrods website:

“What is a hammam? The hammam is a traditional bathing ritual that uses heat, steam and stretching massage techniques to cleanse, polish and soften skin.

Involving intense exfoliation with a Kessa glove, the treatments boost mental wellbeing and circulation, as well as providing a host of other benefits. While hammams in Morocco are traditionally public baths, the Moroccan Spa by marocMaroc’s hammam is a semi-private experience where the full-body washing ritual is performed by an expert therapist, in your own marble booth.”

A ‘Discovery Hammam’ experience would usually cost £60, although the Moroccan Spa is currently closed due to coronavirus restrictions.

The other benefits are more nebulous:

“Invitation to By Appointment” (the personal shopping service)

“Early access to, and extra Rewards points during, Sale Previews”

Are these events any good?  We don’t know.  It is worth mentioning that, about 5 years ago, I was gifted top-tier Harrods Black status for a couple of years.  This usually requires £10,000 of spend in a calendar year.  During that period, we were invited to a fair number of exclusive childrens events, often held in-store on a Sunday morning before the shop opened.  I was also once invited to a dinner in the wine store hosted by Qatar Airways, which is where I met the Qatar Airways UK country manager and where our good relationship with the airline sprung from.

You also need elite status at Harrods now to book Santa’s Grotto for your children.

However …. it is not clear how credit card holders fit into the pecking order for events.  The card was, nominally, only for elite members of Harrods Rewards anyway, so holders would already be receiving these invitations.  If you are only a base level member of Harrods Rewards then you may not get offered much. 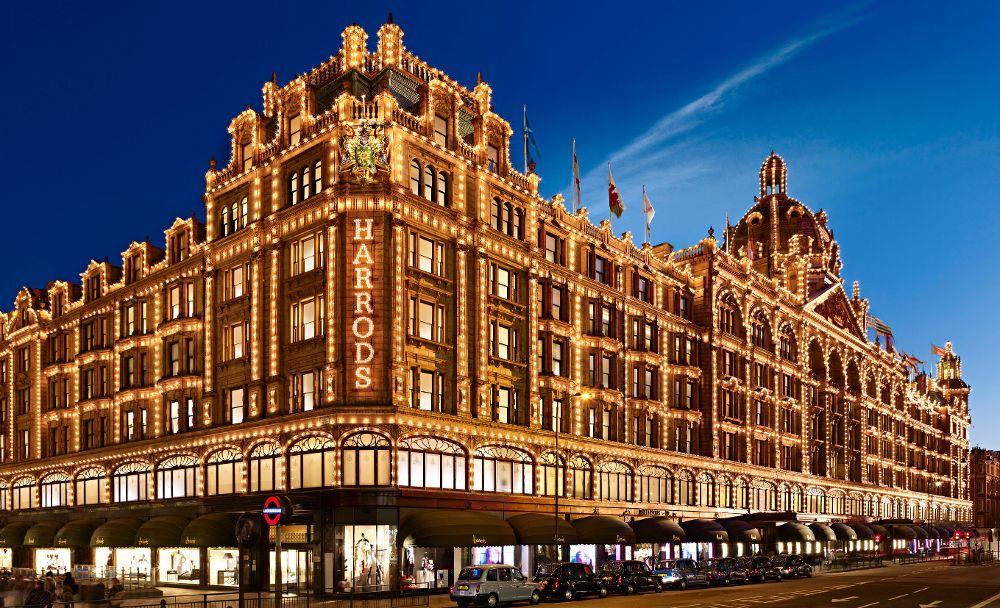 Have Harrods and American Express missed a trick here?

There would have been a very easy way to make the Harrods American Express card more attractive – make the points you earn from spending count towards status.

Alternatively, cardholders could be automatically upgraded to a higher tier.

The current levels are:

Having two green tiers is a little odd but that is how it operates.  ‘Tier 2’ is the cut-off for receiving a free postal subscription to Harrods Magazine and getting free tea and coffee in the in-store cafes.

I’m not suggesting that Harrods should give you £1 of ‘spend credit’ towards status per £1 spent on the American Express card.  This would make it too easy to obtain Black status.  They could offer 1 status £1 for every £5 or £10 spent.

It is possible, for example, that having the card is not enough to get you access to the Santa’s Grotto invitation list.  This could be fixed by automatically giving you a certain level of status in Harrods Rewards.

Anything else worth knowing?

According to HFP reader reports, the Harrods American Express can be used in place of a standard Harrods Rewards card.

This means that, in theory, you could ask a cashier to swipe your Harrods American Express in order to credit your base points but then pay with a different card.

This feature is not confirmed anywhere on the card website, however.

The Harrods American Express card is a bit of a missed opportunity, I think.

The additional 1% back at Harrods, giving you a total of 2% cashback, is clearly a decent deal but you would need to be spending large sums in the shop before you came close to covering the annual fee.

Overall, there isn’t much to get excited about with the Harrods American Express card.  The biggest benefit is probably having a novel card to show your friends, for a far lower cost than American Express Platinum or Centurion!

Thanks to Andrew for explaining some of the card features.