London City Airport has decided to de-risk its infrastructure investment and put its terminal expansion on hold.

The Evening Standard is reporting that construction will not continue even though the foundations have, literally, been laid for the £170 million project.

In a statement, the airport said:

“While over the summer there has been a return to flying, the recovery of the UK aviation market has been slower than expected with demand well below normal levels, including at London City.

Furthermore, it has become clearer that the recovery to previous levels will take longer than initially expected.” 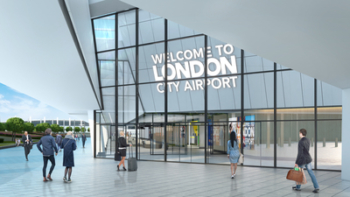 The terminal was to be the final phase of the £500 million investment that was given the go-ahead in 2016. The plan was to quadruple the floor space of the terminal to 68,000 square meters to enable it to serve 6.5 million passengers from 2023. Last year 5.1 million passengers passed through the airport. You can read our full article about London City Airport’s planned expansion here.

Last month, City Airport CEO Robert Sinclair confirmed the planned terminal expansion would include the addition of at least two departure lounges. London City does not currently operate any lounges unless you count the Jet Centre in private jet terminal which we reviewed, here. 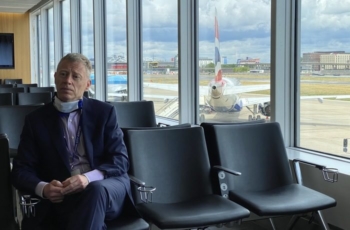 Let’s be honest – this announcement doesn’t come as a surprise. The airport was operating at 10% capacity in July.

In my interview with Sinclair last month, he refused to commit to whether the airport would continue with its expansion plans. Now we have our answer. 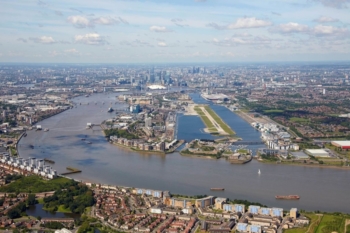 A lot of improvements have already happened

The good news for passengers is that much of the £500 million investment has already been commmitted.  By the end of the year, London City Airport will have completed the first phase of its expansion, including the addition of a new parallel taxiway and eight new aircraft gates.

Both will allow the airport to increase its capacity, although that will be difficult to do without the additional 51,000 square meters of floorspace the new terminal would have delivered. (For reference, the current terminal is a meagre 17,000 square meters.)

The airport is keen to stress that it hasn’t shelved the plans completely and is likely to return to them when passenger flying recovers. In a statement to the Standard, Sinclair said:

“The airport and our shareholders remain very confident about the long-term prospects of London City and the vital role we can play in reconnecting London and the British economy as we recover from the shock of Covid-19.”