It is now 18 months since British Airways announced the retirement of its Boeing 747 fleet.  At the time, we published two articles on how the aircraft transformed commercial flying.  As it will be a quiet weekend on the site due to half-term, we thought we’d give them another outing.

Today, we will look at the history of the Boeing 747 programme.  Tomorrow, we will look specifically at its years of service with British Airways.

The original jumbo jet celebrated its 50th anniversary of in-service flying in January 2020 shortly before Boeing announced that it was planning to cease production of the aircraft entirely in 2023. Since 2016, Boeing has lost around $40 million per 747 produced.

It wasn’t always this way: for the vast majority of the 747’s history it was wildly successful, setting standards and expectations for passenger flight as well as playing a key part in democratising air travel.

It was Pan Am founder Juan Trippe who saw the potential appeal of jet rather than propeller aircraft to the travelling public.  He encouraged Boeing to build its 707 aircraft, with a capacity of around 190 passengers.  (These days, the largest single-aisle A321 from Airbus can be fitted out with 240 seats.)

Jet aircraft were faster than propeller aircraft and, with turbofan engines and pressurised cabins, able to fly much higher and therefore out of the way of bad weather.

His instinct turned out to be correct, but it was almost too successful.  By the 1960s, airports were increasingly congested with smaller aircraft.  This lead Trippe to convince Boeing to build a jetliner which was more than twice the size of the 707 – the 747.  It built on Boeing’s previous plans for a heavy-lift freighter.

At the time, jet aircraft were already believed to be yesterday’s news: the future lay, quite clearly, in the form of supersonic aircraft such as Concorde, and Boeing was already working on one of its own.  This meant that any new jet aircraft would obviously soon be relegated to cargo flying, an important consideration for the design of the 747.

The requirement to maximise cargo space inspired the key design feature of the 747 – a two storey forward fuselage that would allow the cockpit to sit above the main deck and offer cargo front-loading: 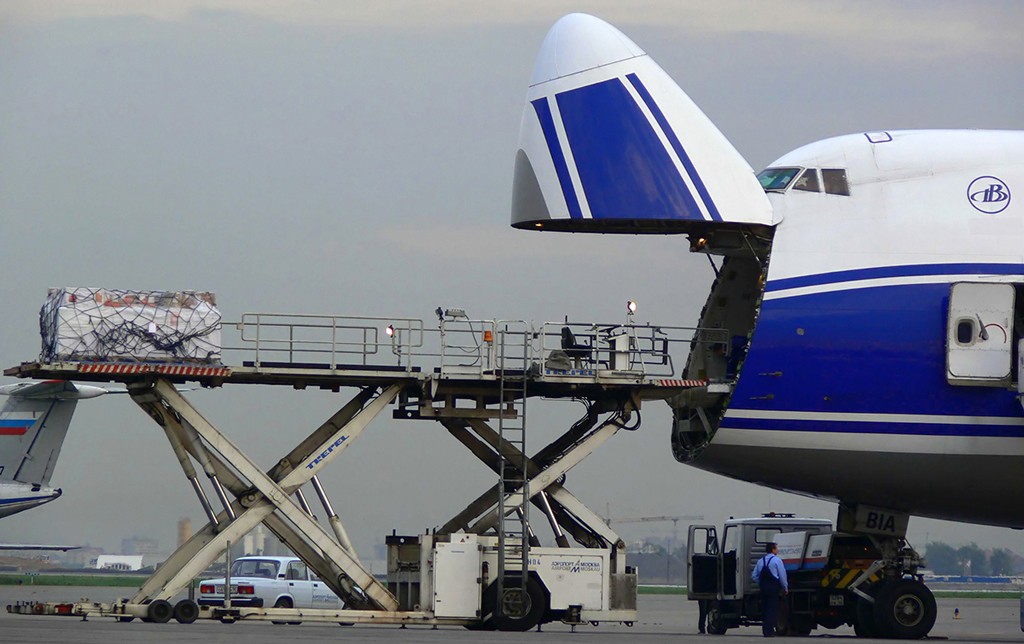 The scale of the 747 meant that it would not fit in Boeing’s existing hangars. To facilitate construction, a new assembly line was built in Everett – it remains the largest indoor enclosed space in the world. 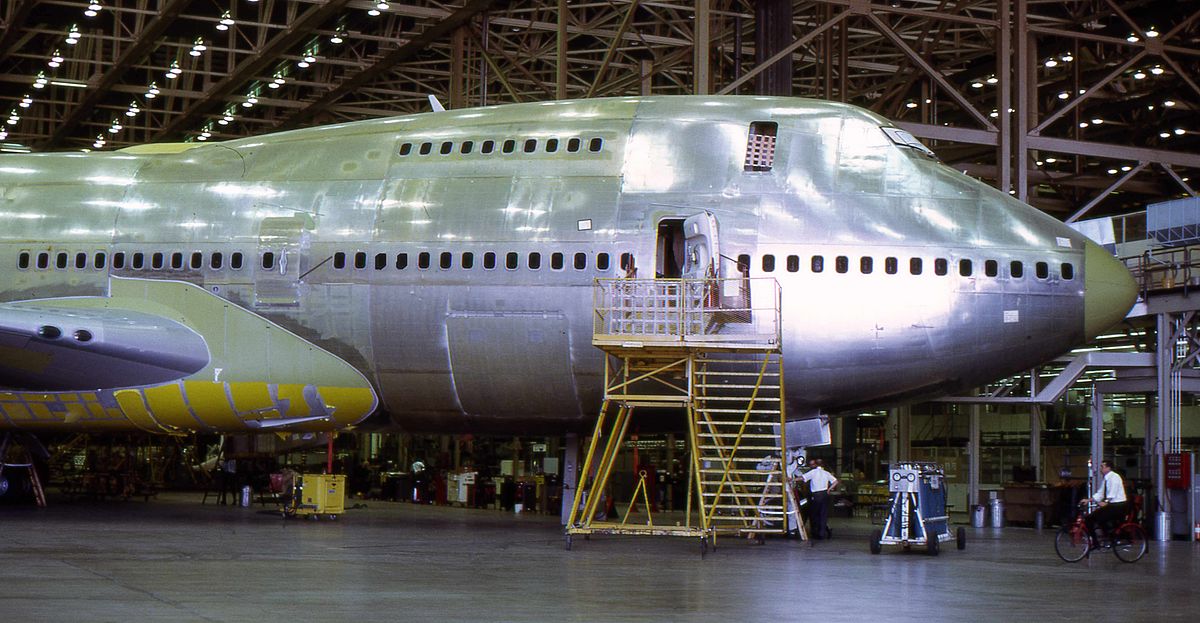 The development of the jumbo jet didn’t come cheap.  The manufacturing site alone cost $200 million. By 1969, daily expenditure reached $6 million dollars or around $40 million dollars today when adjusted for inflation!

The scale of the project was mind blowing.  Fifty thousand people worked on the project at its peak, and each aircraft included 4.5 million separate parts.  Boeing is believed to have invested over $1 billion in total.

Entry into service wasn’t smooth. Whilst the aircraft had its first flight in 1969 and entered commercial service in 1970, it was soon discovered that the Pratt & Whitney engines were underpowered given the size of the plane. This lead to around 30 aircraft being grounded during early 1970, and Boeing pushed to the edge of bankruptcy.

Luckily, Boeing’s gamble eventually paid off and the 747 took off both figuratively and literally in the 1970s and 1980s.  Airlines were forced to acquire their own fleet in order to compete with Pan Am.  The 747’s small second deck transformed flying and was often used as an on-board lounge, bar or restaurant for passengers.

The jumbo jet was refreshed several times during its lifetime. Major updates included the 747-400 in the late-eighties, with an increased range, longer upper deck and better efficiency. This was the variant still in service with British Airways until it announced plans to retire it. In recent years, British Airways has been the largest global operator of 747s. 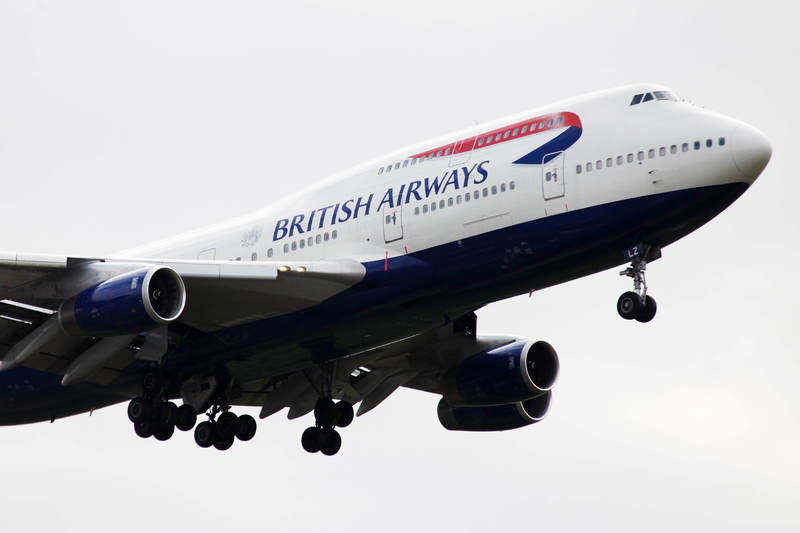 In 2005, Boeing launched the 747-8 to compete with the Airbus A380. It would again improve efficiency, range and capacity, becoming the longest airliner in the world.  This variant was far less successful, however.

Lufthansa is the biggest operator of the type with 19 in its fleet, followed by Korean Air.  In total, there are only 36 in commercial service with airlines: the vast majority produced are destined for cargo operations.

The Boeing 747-8 will remain the longest aircraft in regular commercial use until the Boeing 777X is launched in the coming years.

The demise of the 747 family was caused by the improved safety of twin engined aircraft.  Most early jetliners had three or four engines, which meant that the aircraft would be able to land safely in the event that one engine was damaged or inoperable.

Older readers will remember that Virgin Atlantic used to advertise the ‘superiority’ of its four engine aircraft with its ‘4 engines 4 long haul’ slogan: 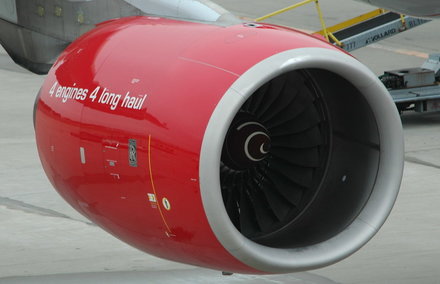 When twin engined aircraft were introduced, over-water flying was time-limited under ‘Extended Operations’ regulations or ETOPS.   This meant that aircraft had to fly within a specified number of minutes of a suitable diversion airport at all times.

In the 1970s, Airbus introduced the A300, the first widebody twin-engined aircraft. The A300 was permitted to fly across the North Atlantic, Bay of Bengal and and Indian Ocean on a route up to 90 minutes from the closest airports. This still meant taking indirect routings where multi-engined aircraft such as the 747 and A340 could fly direct. 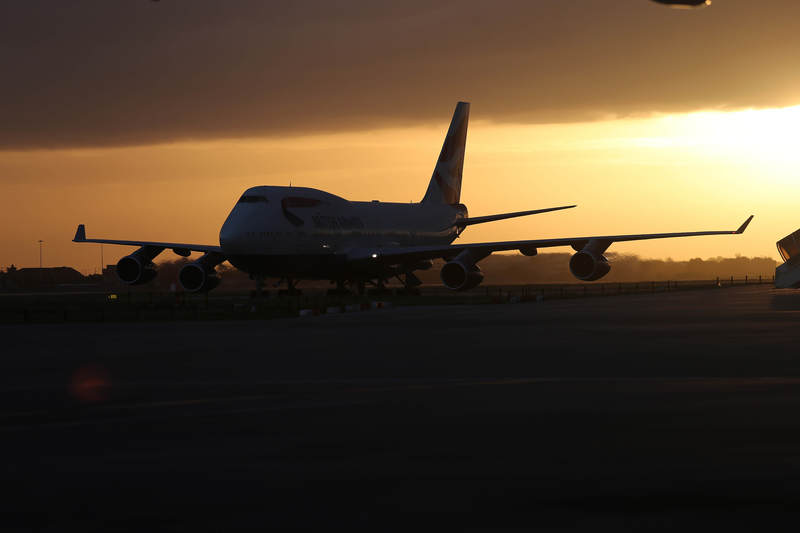 In the late 80s, ETOPS was extended to 120 and 180 minutes from the closest diversionary airports providing the aircraft fulfilled certain technical and operational requirements.  This increasingly made twin-engine aircraft more attractive, as they were more fuel efficient and required less maintenance.

In 1994 Boeing introduced its first 777 aircraft, which is widely credited with popularising long-haul twin jet operations.  These days, aircraft with three or four engines are a costly and unnecessary extravagance.

It is possibly an understatement to say that the Boeing 747 has shaped flying as we know it today. Over its lifetime, the jumbo jet enabled direct long-haul flights across vast oceans and continents and helped to democratise travel by reducing prices.

In Part 2 of this article tomorrow, we look at the part played by the Boeing 747 in the history of British Airways.