British Airways sent an email to staff late last night confirming its plans to retire its entire fleet of Boeing 747 aircraft.  It had 30 aircraft in its fleet prior to the coronavirus pandemic.

Whilst there has been a lot of speculation online regarding the future of the Boeing 747 fleet at British Airways, the airline has until now been fairly tight-lipped in regard to its future fleet intentions. It has now confirmed:

“With much regret, we are proposing, subject to consultation, the immediate retirement of our Queen of the Skies, the 747-400.”

The original retirement plan was to phase the Boeing 747 out by 2024.  British Airways now wants to accelerate the program and retire the entire fleet in the coming months.

In its email it stated that:

“we would not expect any more commercial flights to be flown.”

The airline has carefully worded its statement, repeating that this decision is ‘subject to consultation’.  Don’t get your hopes up though – this is a legal procedure to ensure that pilots and dedicated Boeing 747 support staff who are now likely to lose their jobs are treated according to UK employment law.  Retiring the entire fleet this early suggests that a lot of staff will require re-deployment and training on other aircraft in the future.

End of an era

Retiring the Boeing 747 doesn’t come as a surprise. In its statement, British Airways called the model “true icons” but an “airliner from another era.”

Aircraft technology has come a long way since 1999, when BA received its last 747 delivery. Both the A350 and Boeing 787 offer substantially better fuel efficiency. According to a study of aircraft efficiency on transatlantic routes by the International Council on Clean Transportation, latest generation aircraft are around 50% more efficient than the 747-400 on a passenger-kilometre basis.

This is compounded by the fact that older aircraft need increasingly extensive maintenance programs to keep them flying safely. Whilst the economics made sense during years of passenger growth, air traffic isn’t expected to return to 2019 levels until 2023 at the earliest, at which point the majority of the fleet would already have been scrapped.

This isn’t the end of the Boeing 747 programme.  A small number of airlines are flying the newer Boeing 747-8i which has a longer top deck, although you rarely see them as Lufthansa was the only European airline to buy it.  It continues to be a successful cargo aircraft due to the large amount of storage space it offers, and it is possible that parts of the British Airways fleet will be sold to cargo operators.  Part of the reason that A380 aircraft are being retired so early is that the cargo capacity is surprisingly small, and at present cargo is a high passenger of revenue for most airlines. 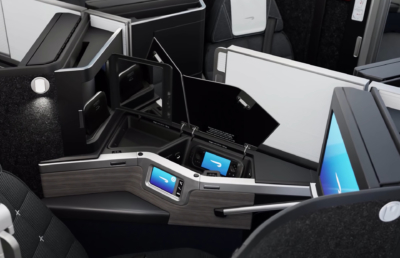 What this means for Club Suite

British Airways was in the middle of a refurbishment program on the 747 to extend its life to 2024. Whilst the aircraft were never destined to have the new Club Suite business class seat installed, a lot of money was spent on making sure that they were outfitted with up-to-date interiors.

The rollout of Club Suite as a proportion of the fleet is now likely to accelerate.  Not because more Club Suites are being made – there is a bottle neck on manufacturing capacity – but because removal of such a large Club World sub-fleet will increase the total percentage of Club Suite fitted aircraft remaining.