When an Avios collector in the UK looks for a long-haul redemption, British Airways is the obvious choice of airline.  There are, of course, also BA’s partner airlines in the OneWorld alliance to choose from.  Often overlooked, though, is BA’s sister company Iberia.

Now, there are good reasons why Iberia may not be top of your list.

Reason No 1 is route network.  IB has recently cut flights to a lot of places you might want to go (Montreal, Toronto, Washington, Johnannesburg) to add extra flights to places that are probably not top of your list (Mauritania was the latest long-haul launch!).

Here are Iberia’s non-European destinations, as best as I can make out (please post in the Comments with any changes).  Note that not all of these will be on a long-haul aircraft, especially the routes into northern Africa.

All are ex-Madrid.  (Barcelona to Miami is actually an AA codeshare.)

Reason No 2 to avoid IB is reputation.  You should bear this in mind, ex Wikipedia:

Suffering from more customer complaints than any other full-service carrier in Europe, Iberia has developed a negative overall brand image from the general public and a reputation for poor customer service. In 2011, reflecting very low customer satisfaction ratings, Iberia was ranked #10 in a Business Insider poll for “The 10 Worst Airlines in the World.” Also, passengers rated Iberia a mere 3.3 out of 10 on Skytrax’s website, depicting its services as poor. It is also not a Skytrax Quality Approved airline, especially given that between 2007 and 2012, Skytrax’s rating for Iberia’s cabin crews has fluctuated between two and three stars, well below the ratings of other European airlines’ cabin crews

Reason No 3 is a lack of First Class and a slightly ropey business class seat.  60 inch pitch, 26 inch width and 170 degrees of recline compares poorly to BA’s 73 inch pitch, 20 inch width (worse) and fully-flat 180 degree recline.  IB’s long haul fleet is primarily Airbus A340’s, which have four engines and are fuel inefficient, although some A330’s are on order I believe. 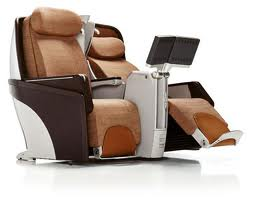 However, let’s put all that aside and get down to a good reason why you SHOULD fly Iberia – money.

IB does not charge the full range of airport taxes and fuel surcharges imposed by BA.

Now, of course all is not plain sailing:

Note that, to get the £89 of taxes, you must book on the Iberia website and use Iberia Avios.  If you try to book this itinerary on the BA website, BA will add fuel surcharges.  This means that you need to open an Iberia Plus Avios account.  Most importantly, you need to open it 90 days before you want to book, since you cannot transfer BA Avios or avios.com points into Iberia Plus Avios if the IB account is under 90 days old.  (And this little wheeze is probably why.)  Your IB account may also need to have had an Avios earning transaction put through it (credit a flight segment or a car hire or hotel) to class it as ‘active’ and thus qualifying to receive incoming transfers – the relevant rule in ‘Combine My Avios’ is not totally clear.

(Intriguingly, booking a BA redemption via the Iberia website also brings up a modest taxes saving.  A New York redemption drops from £520 in taxes to £499.  However – and very importantly – Iberia does not allow cancellations to OneWorld partner bookings, and I assume BA is treated as such.  I also tried to replicate it on Bangkok and Cairo, but in those cases the taxes were idential to BA’s.)