The two major Latin American carriers, TAM and LAN, have confirmed they will join the oneword alliance – which includes British Airways – in early 2014.

TAM and LAN merged last year to form LATAM. Whilst LAN has been a long-term member of oneworld, TAM is currently a member of the other main airline grouping, Star Alliance. It will now quit Star in early 2014 and immediately join oneworld.

(AviancaTaca remains a Star Alliance member, so the alliance retains a presence in the region.)

The combined group, which is based in Chile and listed on the stock exchange there, flies to 150 destinations in 22 countries. As well as Chile, there are subsidiaries based in Peru, Brazil, Ecuador, Argentina, Colombia and Paraguay. 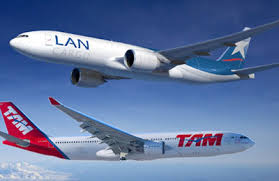 Rather like International Airlines Group, which owns British Airways and Iberia, LATAM is actually a holding company. LAN and TAM are continuing to fly under their own brands.

LAN flights are already available for Avios redemptions via ba.com. TAM flights – which mainly operate to and from Brazil – will be added from early 2014.

Given that Qatar Airways and Sri Lankan are also in the queue to join oneworld – as will US Airways when it merges with American Airlines – the number of destinations that can be reached using Avios is set to increase sharply in the next 18 months.