Over Easter, I will be answering a number of the reader questions that were submitted via this article.  If you didn’t take part this time, don’t worry as I will be re-running this feature in the Summer.  Feel free to expand on or critique my answer using the Comments section below!

Today’s question is from Stripey who asked:

“If you had to pick one hotel program in which to accumulate miles and in which to earn status which would it be? (based on the following):

1) Hotels visited would be primarily in the UK and Europe

2) Hotels would mainly be city hotels

3) Standard of the hotels should be similar to Marriotts in the US (or better).  Thanks!” 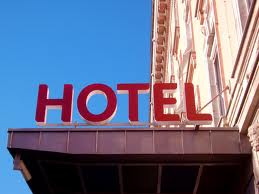 There are a number of issues to consider when looking to build up hotel and points and status.  I would respond to your questions with a few of my own:

Who is paying for your travel?

If you are earning points via business trips, it is a different game to earning points on hotels you pay for yourself.  If I am spending my own money on a hotel, points or miles earning is very much secondary.  I am more concerned about the hotel I need NOW!  Don’t compromise on a bad location, a high price or scruffy property just because you earn points for the future.  Pick the right hotel for this trip.

If its a business trip, I am more flexible.  I will hardly be in the room, location is secondary as I can run around in taxis and I am not bothered if I get free breakfast or free internet due to status, as someone else is paying!   Then I will focus on building points and status.

How many hotel nights do you do?

If you are only staying 1-2 nights a month in hotels, then your best choice is still to be a free agent.   You won’t manage enough nights in a particular chain to get status.  I would focus on which hotel chain has the best promotion running at the moment.

You will notice a tab on this page at the top called ‘Hotel Promos‘ which lists all the current deals at the big chains.  If I had to do a 1-night stay next week, for instance, I might pick a Hilton Group property as they are offering double points or double miles, with no minimum stay needed.  Up to March 15th, I would have gone with Club Carlson and their triple points promotion.

Can you get status via your credit cards?

Amex Platinum – which I know has a crazy £450 fee – comes with Starwood Gold, Accor Platinum and Carlson Gold status.  If you got the Platinum card and cancelled it quickly, you would get a partial fee refund and you would keep the hotel status cards for the rest of the year.

How would you spend your points?

Finally, think about how you redeem.  I am strangely partial to Priority Club.  This is actually driven by a couple of factors which are unique to me – I redeem a lot of rooms in London for family (both luxury 5-star and 3-star family rooms) and PC can deliver this.  I am also in New York and Paris and, erm, Rotherham and Sheffield a fair bit and PC has good redemption options in all these places.

Hilton is terrible in Paris, average in London for luxury and good in New York.  You can do a similar analysis for other chains.  Priority Club is cheaper for 5-star redemptions than Hilton and substantially cheaper than Starwood.  Starwood and Hyatt have a very modest presence in Europe.  This decision needs to be part of the mix as well.