I try to mention new British Airways long-haul route launches on Head for Points, but Colombo in Sri Lanka got missed.

From 14th April, BA now flies three times a week to Colombo from Gatwick. This is not really a new route, because it is being tagged on to the flight to the Maldives. The plane will now carry on to Colombo before turning back to Male and then back to Gatwick. 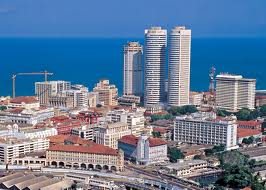 Unfortunately, unless British Airways intends to offer separate availability, I would imagine that Avios seats to Colombo will be very rare.  Almost all available seats are likely to be snapped by people travelling to the Maldives.

(Interestingly, a post on Flyertalk suggested that there was better availability Colombo-Male-London than there was Male-London, but I couldn’t prove this when I looked.)

There are a couple of things worth knowing, though:

You can buy tickets on the BA flight from Male to Colombo. Club World is around US$600 return for the 85 minute flight.

You SHOULD be able to use Avios points, at the Reward Flight Saver level of taxes. However, ba.com consistently threw up error messages when I was trying to test this.  The American Airlines site also does not show any BA availability.  This is a bit odd as the plane presumably empties massively in Male.

You can also get from Colombo to London on Avios on Royal Jordanian, changing in Amman (potentially to a BA flight)

I mention this because Colombo is one of the cheaper places in the world to start a flight.  If you can get reward flights to/from Male but not in the other direction, there may be good value cash ticket available via Colombo to get you home.

The next long-haul route to launch is Chengdu in China in September. Forward bookings for this are very poor, I understand, so there is a chance it may be pulled before it is even launched. This would be an embarrassing move for British Airways, though, as part of the push for a third runway at Heathrow is the supposedly hidden demand for more flights to obscure parts of China ….