I was in the British Airways Terminal 5 lounges last week for the first time since the change of caterers to BaxterStorey.

The new contract – combined with what appears to be a massive budget cut – has led to much passenger anguish, as I reported here.

I arrived at the Galleries Club North lounge at around 9.45am.  And, to be honest, what I found was pretty much unchanged from what was there before.

The cereals were still there: 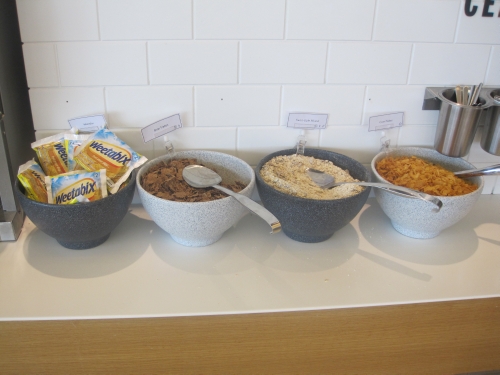 The fruit and yoghurt were still there: 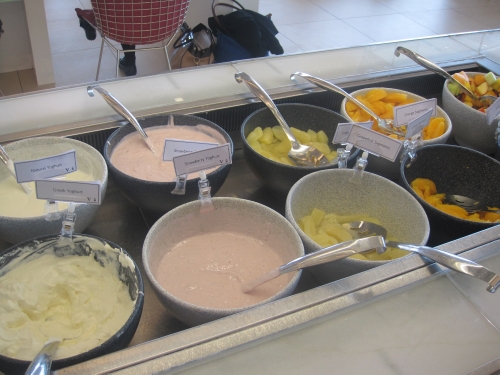 The bacon sandwiches had disappeared, but had been replaced by an expanded selection of pastries: 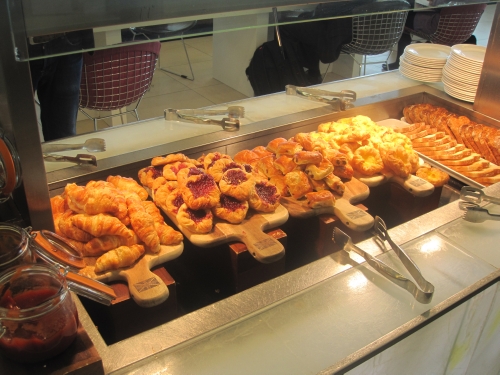 There was, luckily, no sign of the gloop, which I believe only emerges at noon:

So, all in all, it was what I expected and actually better than I was led to believe.

However, it is fair to say that:

Breakfast is the least changed meal of all

I also understand that the bacon rolls are available if you arrive earlier, but are now withdrawn at about 9.30am.  They were previously available for at least another hour.  It is also fair to say that bacon sandwiches are not necessarily a better or worse option than pastries!

You can continue to track the problems with BA’s lounge catering over at the BA Lounge Food website.

Tomorrow I will write about the purpose of my trip, which was to compare British Airways domestic services with the new Virgin Atlantic Little Red flights.