There was much excitement in the luxury hotel world last month when it was revealed that Peninsula has acquired a site in Grosvenor Place for its entry into the London hotel market.

Peninsula is a small but perfectly formed hotel group based in Hong Kong. If you have ever visited Hong Kong, you have probably seen the property there – an old colonial hotel, originally on the waterfront but pushed back a little by land reclamation, with a modern tower rising out it: 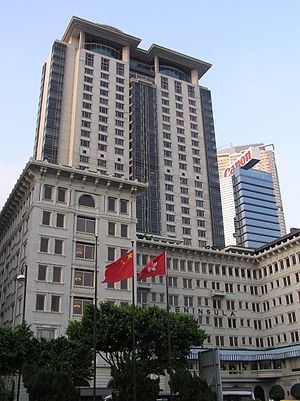 If you’ve been to Bangkok, you may also have seen their tower there – if you visited the Mandarin Oriental, the Peninsula is the tall hotel on the opposite bank of the river.

In recent years, they have opened in Tokyo (where I was fortunate enough to stay about 5 years ago) and in Shanghai, in what looks like a lovely art deco style new-build on the Bund. A Paris property is also in the works.

This is the site that Peninsula has acquired in London: 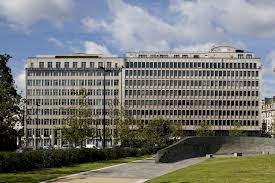 We can only hope full demolition will take place first.

To put this picture in context, the photo is taken from Hyde Park Corner. To the right of that building would be The Lanesborough, with (going around the roundabout clockhouse) Apsley House and the InterContinental Park Lane.

I also found this old picture of the site, which seems an improvement on the block above:

Peninsula paid £133m for a 50% share in the buildings, with freeholder Grosvenor Estates coming in as their partner. There is no date yet for the opening, which will presumably depend on the scale of the plans they submit and the difficulty of obtaining planning permission. The final development will include both the hotel and a residential element.