A few weeks ago, I asked readers to check their Melia Rewards accounts, if they had one, because the company had deposited 4,000 free points in each one.  This was an incentive to make a ‘cash and points’ booking, and the points were meant to be removed if not redeemed by a certain date.

Melia did not, I think, intend that these points be transferable.  However, as it turns out, it was possible to move them out to one of Melia’s airline partners – Avios (via Iberia), Flying Blue, Miles & More and a few others. 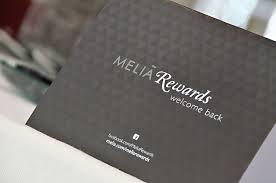 Transfers to Avios went fine.  I got my 900 Iberia Avios within 48 hours and moved them across to my British Airways Avios account.

Some people who transferred to Flying Blue found that there points never arrived at the airline.  A week later, they were deposited back in their Melia account with no warning.  They could then be moved out to another airline, though.

Last weekend, a strange thing happened to anyone who had transferred Melia points to Lufthansa’s Miles & More scheme.  All transfers of Melia Rewards were reversed.

Not only have the points been removed from Miles & More accounts, but they have not been put back into the Melia Rewards accounts.

Over at Flyertalk, there are some real problems emerging.  Earlier in 2013, Melia allowed you to buy points at a discount.  The discount was so generous that it made sense to buy a large pile of Melia points and transfer them across to Miles & More, since the Miles & More conversion rate is more generous than the other airline partners.

These transfers have also been reversed.  One person reports having €1,000 of Melia Rewards points removed from his Miles & More account with no warning, and no reappearance (yet) of those points at Melia Rewards.

It is not clear what is going on here.  It must be a mistake if people who bought Melia Rewards points have had them removed from Miles & More, and it seems very trivial to pull back a couple of thousand miles from everyone else.

One lesson from this is the value of using a service like AwardWallet which can automatically keep track of your miles and points across all your programmes and keep you easily notified of any changes.