Reader Neil recently reminded me of the existence of Diners Club, the charge card that time forgot.

Most of you will probably have never ever seen a Diners Club card.  In London, you are more likely to find a shop accepting China UnionPay cards than Diners Club.

Diners Club was the first real ‘travel and entertainment’ focussed charge card, well before American Express chose to focus on this market.  Well before credit cards were first available, the charge cards issued by Diners Club and Amex were the only way to pay for items on plastic.  In recent years ownership has passed from Citi to Discover Financial Services, although the UK operation is a franchise, independently owned by Affiniture Cards since 2012. 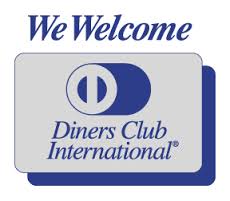 Diners Club in the UK does still operate a loyalty scheme, with some decent partners.  However, the earnings rate is very poor.

You earn 1 point for every £5 spent on your card.  These transfer to:

Oddly, the website also lists Swiss Travel Club as a partner, which has not existed for a long time!

These exchange are roughly 50% as good as you would get from holding an Amex card or a dedicated credit card from one of these programmes.  I would say that the AA, IHG and Starwood options are the best of the bunch, with the Hilton transfer rate looking particularly poor following the devaluation of the programme this year.

However, there is one benefit of membership which looks interesting.

You get access to 400 airport lounges, in what looks like a cut-down version of the Priority Pass programme.  These include the No 1 Traveller lounges at both Gatwick terminals.  You receive free entry as the cardholder, with a charge for guests.

If you travel solo, this may work out as a cheap way of getting lounge access.  For comparison, if you paid to join Priority Pass (which has a bigger network globally but not in the UK) you would pay £259 for unlimited lounge access (or £159 for 10 free visits and then £15 per visit).

A Diners Club personal card has a fee of just £50 per year.  This could be a cheap way of getting airport lounge access for yourself.  You would pay £15 per guest, but if you travelled with a guest a lot then they could get their own card as well.  (It is not clear is Diners Club supplementary cardholders get lounge access for free.)  Some of the other Diners Club franchises around Europe have started to add an annual ‘minimum spend’ to the card to retain the lounge access perk, but for now it is available without restriction in the UK and Ireland.

As with Priority Pass, the lack of a lounge in Heathrow Terminal 5 is a problem.  All the other terminals are covered, though, as are most UK regional airports.  For this reason – and only this reason – Diner Club may be worth a look.