British Airways dropped a surprise last week when it announced a new route to Austin, Texas. This is certainly not one that was on the radar for new routes.

More surprisingly, the route will be launched with a brand new Boeing 787 Dreamliner (assuming it isn’t having some further emergency engineering work done!) 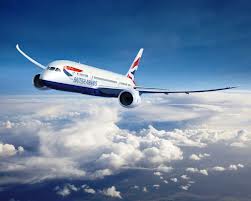 Starting in March 2014, the route will run five days per week, stepping up to a full seven day service in May.

I have never been to Texas and can make no comment on whether it is a good place to burn your Avios! (Dear BA, if you’d like to invite me on your press launch flight for this one, I will come! I’m less bothered about Chengdu …. although I could be tempted ….) However, at the time of writing I was struggling find Avios seats so they may not have been loaded yet.

At the same time, BA also announced, from the end of March 2014:

Seoul – increases from five per week to seven per week

Tel Aviv – Boeing 777 introduced to the route, and a terminal switch from T1 to T5 at Heathrow

Jeddah – Boeing 777 introduced to the route, bringing First Class for the first time

Seattle – increases from 10 to 11 flights per week

Entebbe – increases from three to four flights per week

Some odd Moscow changes were also announced. This is now starting to look like a confusing mess:

One flight will be a four class Boeing 747

One flight will be a short-haul A321 plane, albeit fitted out Club World seats up-front

One flight will be a three class Boeing 767, except for one day a week when it will be another A321!