Over half term in October, we will be down in Dubai again visiting family. I had managed to get 4 Club World seats down to Abu Dhabi, which I felt was a good result given it was half term. (Abu Dhabi is a 90 minute drive from Dubai.) 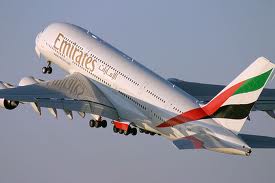 Emirates Skywards does not have a UK credit card.  However, you can earn Emirates Skywards miles by converting Membership Rewards points earned from selected UK American Express cards.  These are: