September will see a lot of Eurostar coverage on Head for Points as I have a guest writer who is putting together a series of posts on using Amex Membership Rewards points and Avios to get Eurostar tickets.

In the meantime, here is something interesting for regular Eurostar travellers.

It is (fairly) well known that holders of the American Express Platinum card get access to Eurostar lounges.  You can’t bring a guest, but if you are travelling with your partner they will also be able to get in if you issue them with a supplementary Platinum card.  (See here for my full review of the benefits of Amex Platinum.)

Reader Alan sent me this link (deleted as now dead) to the Eurostar site for travel agents, which outlines exactly which lounges you can access with an Amex Platinum.

However, this link also has another interesting titbit on it. 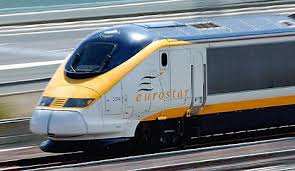 It seems that Eurostar gives lounge access to the holders of various ‘frequent train traveller’ loyalty cards from across Europe.

Now, the first entry on that document lists a number of German cards issued by Deutsche Bahn which get you access to Eurostar lounges.  As you can see, it includes ‘BahnCard 25’.

‘BahnCard 25’ is the German equivalent of a railcard!  You pay €61 per year and it gives you 25% off all German rail fares.

Does this card seriously give you Eurostar lounge access?  There is a picture of one on the document, so they are presumably correct.  (EDIT – as per the comments below, there is a feeling that the list is badly written and that the Bahn 25 itself does NOT get you access.)

Deutsche Bahn seems happy to mail out BahnCard 25 cards across Europe.  The link to buy one is here.

I am not offering a 100% personal guarantee that this works, clearly.  All I’ve seen are the same documents I have linked above.  It does look like it though …. and if you are a regular Eurostar traveller then paying c £50 for annual lounge access is a great deal.