The Lanesborough hotel sits at Hyde Park Corner in London, directly opposite the back gardens of Buckingham Palace. Across the road is Apsley House, and next to that the InterContinental Park Lane and the Four Seasons.

(Next door to The Lanesborough is a very ugly 1960’s office block which will become The Peninsula London). 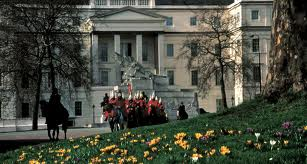 The hotel is closing in December for a major refurbishment. It is selling off everything – almost literally – in an auction of 3,000 lots which will take a full five days between December 9th and 13th.

More interestingly, you can register for a viewing on 7th and 8th December which will allow you to roam willy-nilly through the hotel and its bedrooms!

This is what the auction catalogue says in its introduction:

London’s foremost address for discerning travellers, The Lanesborough captures the gracious style and warm hospitality of an early 19th Century residence. This landmark building of 1828 was meticulously restored to its original grandeur, under the supervision of the Royal Fine Arts Commission, the Georgian Society, the Victorian Society and English Heritage, furniture, chandeliers, draperies and fabrics were copied from 1820s and 1830s original museum pieces as well as from prints and information from historic archives. The Lanesborough has become an excellent example of neo-classical design and décor.

The Lanesborough, situated on Hyde Park Corner, opened on December 31st 1990, as The Lanesborough luxury hotel, taking its name from the country house that once stood on this prestigious location. The Lanesborough captures the grace of the Regency period. It is considered by many to be the best hotel in London, and is widely recognised as one of the finest hotels in the world. 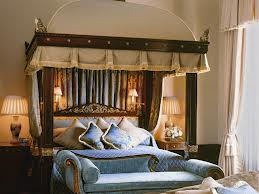