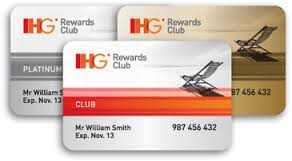 Below are some highlights of the more than 100 properties whose Reward Nights will be decreasing by 5,000 points.

It isn’t exactly clear from the wording if NO hotels are going up in price, or simply that the current category pricing – capped at 50,000 points – will remain unchanged, with some moves up and down.

I am not totally surprised that some hotels are decreasing in points.  Remember that IHG hotels are almost all independently owned, and that reward nights are a key source of revenue for them.  Even if IHG does not pay much for the night (and it doesn’t, unless the hotel is above 95% occupancy, at which point it pays the average rate for that night), the hotel still benefits from the additional food and drink spend from the guest.

If IHG’s reward pricing means your hotel is uncompetitive, you will lose reward business.  Who in their right mind, for example, would pay 30,000 points per night for the Holiday Inn Express Limehouse – a truly depressing hotel in East London directly overlooking a monstrous road – when they could luxuriate in the InterContinental Park Lane for 50,000?!

If anything, I am surprised that only 100 hotels are dropping in price.  And the HIX Limehouse will probably not be amongst them.