This is my review of the Holiday Inn Wembley hotel.

Back in February, I wrote about the Holiday Inn Wembley which is available for just 10,000 IHG Rewards Club points per night.

This is astoundingly cheap. For comparison, some London Holiday Inn Express hotels are now 35,000 points. If you have an existing balance of 5,000 points, you can buy 10,000 points for just $70 (£42) via the ‘cash and points and cancel’ method (click and see under ‘Purchasing and Transferring Points’).

In February, I booked a night and checked in so I could have a look around.  I didn’t actually stay in the hotel though since I have a perfectly serviceable house elsewhere in London!

This weekend – as I’m sure you all know – Rotherham United were at Wembley for the League 1 play-off final.  I booked six members of my family into the Holiday Inn and then booked myself in too, just in case I was too ‘tired and emotional’ after the game to make it back.

As I wrote last time, a fortune has been spent refurbishing the Holiday Inn Wembley. All of the public areas except the gym and pool are done, as are all the rooms. Here is my bedroom and bathroom: 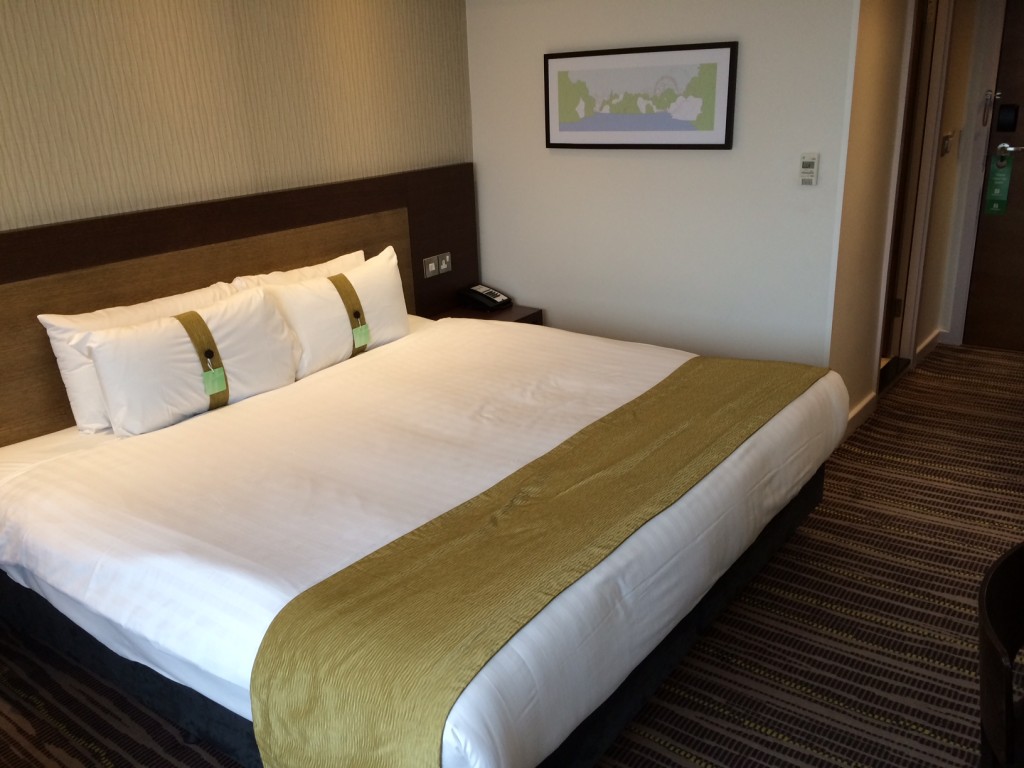 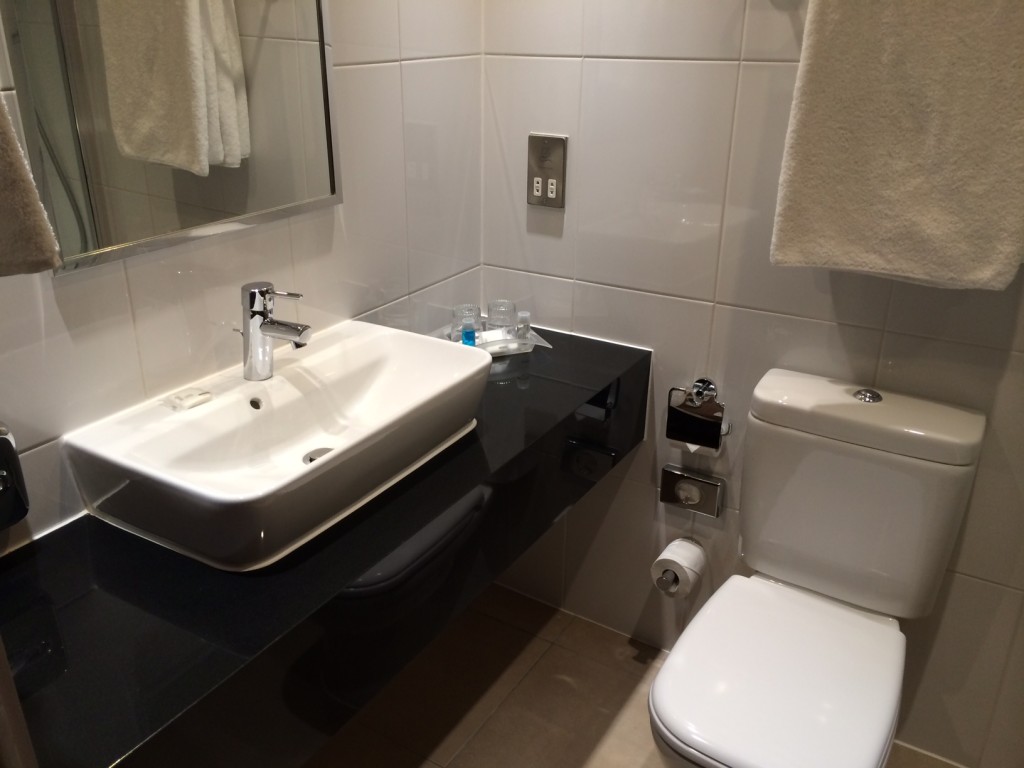 It has a small swimming pool, which includes a small childrens pool and a jacuzzi, although you can’t see them in my picture: 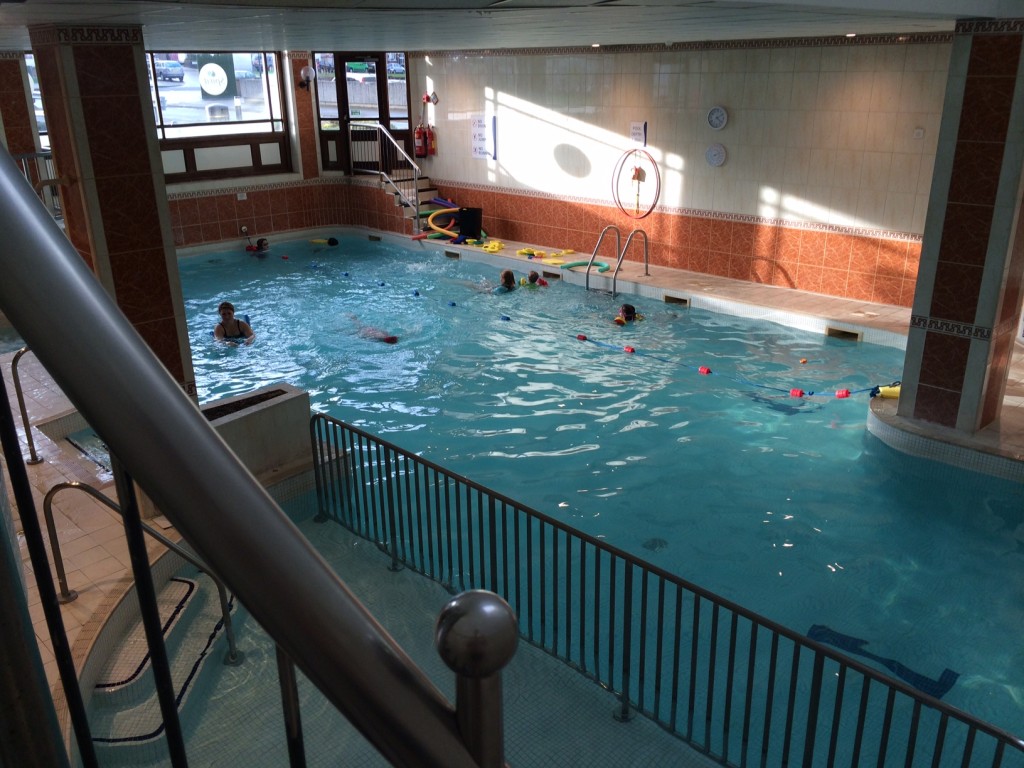 It is also directly next door to the new London Designer Outlet. You may not have heard of this yet, but there are a LOT of High Street names, including M&S and Next, at discount prices. There is also a cinema and a large number of restaurants, so there is plenty of choice if you don’t want to eat in the hotel.  We were in Nando’s on Saturday night …. 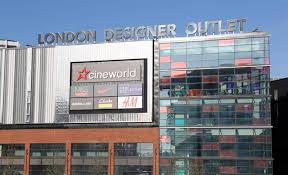 And of course it is also directly next door to this, if you want to take a guided tour: 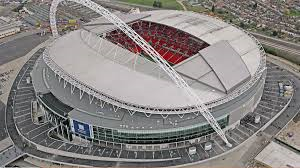 The nearest tube is Wembley Park on the Jubilee and Metropolitan lines. It takes around 25 minutes to get to Bond Street station and about 12 minutes to walk from the hotel to the tube. You are therefore looking at about 40 minutes door-to-door to get into the West End.

There is also a National Rail option which removes most of the walking. Wembley Stadium station is literally 1 minute from the hotel, and takes you into London Marylebone in 13 minutes, for connections to the Bakerloo line (and for Madame Tussauds, which is very close!). There are 4-5 trains per hour.

What was new this time?

Because I actually stayed in the property this time, I got to check out the food. I have to say, for a notional three-star hotel, it was pretty good.

On Sunday there is an ‘all you can eat’ buffet for £19.95 – which is pretty good by London standards.  This was surprisingly well done, with roast beef and roast lamb plus salmon, pasta, chicken and a large salad selection.  There was also an impressive dessert selection.

Let’s be clear – I won’t be heading back to the hotel just for its Sunday buffet.  It was a lot better than I expected though.

They also do an impressive breakfast buffet selection – I have had worse buffets in five-star hotels in the past.  This includes eggs cooked to order at no additional charge.

One other thing worth adding is that internet now appears to be free for everyone.  You don’t even need to log-in – BT OpenZone pops up automatically and you don’t need to input your room number or any details at all.

As with my previous stay, I received my Platinum amenities. I was offered a drink from the bar and a bag of crisps or a Kit Kit, or 500 points. I took the beer and Kit Kat!

What else? There is kettle, tea, coffee and milk in the room. There is a bath with a shower attached – I found the shower a little low for my 6′ 2′ frame but that is a minor niggle. ‘Proper’ toiletries (ie not in wall-mounted dispensers!). I also received two free bottle of water and two small chocolates which may have been because of my IHG Rewards Club status.

The official webpage for the hotel is here if you want to book or know more.

The other cheap IHG property in the London area is the Holiday Inn Express Wimbledon South. This is 15,000 points per night. You need 50% more points for a less impressive hotel (HI Express rooms in the UK are pretty basic.) You would, however, get the free Holiday Inn Express breakfast included.  This hotel is also opposite a tube station (Colliers Wood) which would save you the 12 minute walk to / from Wembley Park station that I had. You can find out more about that hotel here.

PS.  For those of you who somehow missed the nail-biting Rotherham vs Orient game on Sunday, I recommend watching this fantastic Rotherham equaliser – it is only 7 seconds long!  I was about 30 feet from Revell when he kicked this ….