Both American Airlines and Delta Air Lines have announced new services from London to Philadelphia this week.

American already runs a daily flight to Philadelphia and will be doubling this to two flights per day from March 29th.  The downside is that American will be using an older Boeing 757-200 operated by US Airways on the route.

As American is a partner in the oneworld alliance with British Airways, you will be able to redeem Avios for this service.  That said, American is currently releasing very little in terms of transatlantic reward seats – this is part of the reason why BA has very few seats available as it picks up the slack. 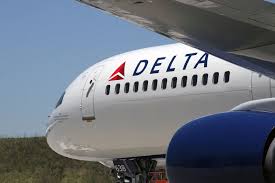 The Delta service is more interesting as it opens up a new direct route for Virgin Atlantic redemptions.

Delta will also be using a Boeing 757 with its service due to start on April 7th.

The biggest customer on the Philadelphia route is pharma group Glaxo, ferrying staff between its UK headquarters – which you pass on the drive to Heathrow from Central London – to its US HQ.  British Airways already runs 1-2 flights per day to Philadelphia, one with a Boeing 777 (the 787 that was operating appears to have been withdrawn looking at the timetable) and the other with an older 767.