This is our review of the new British Airways Galleries First lounge in Houston.

Reader Nick was there a couple of weeks ago and sent me a short review on the Galleries First lounge.  This used by British Airways Executive Gold members and oneworld equivalents and passengers holding a First Class ticket.  Silver members and Club World ticket holders must use the separate Galleries lounge which is not pictured.

British Airways flies from Terminal D of IAH, and the First Class lounge is situated near the bridge that connects Terminal C.

Beverage wise there are two self-service bars, which are stocked with USA wines and a selection of soft drinks; there is also a selection of spirits, ranging from Bourbon, Grey Goose vodka, Tia Maria, Baileys, and some blended whiskies as well as champagne, but it wasn’t a brand I’d ever heard of and no where near as good as the Laurent Perrier that’s on offer in the Concorde Lounge at LHR. 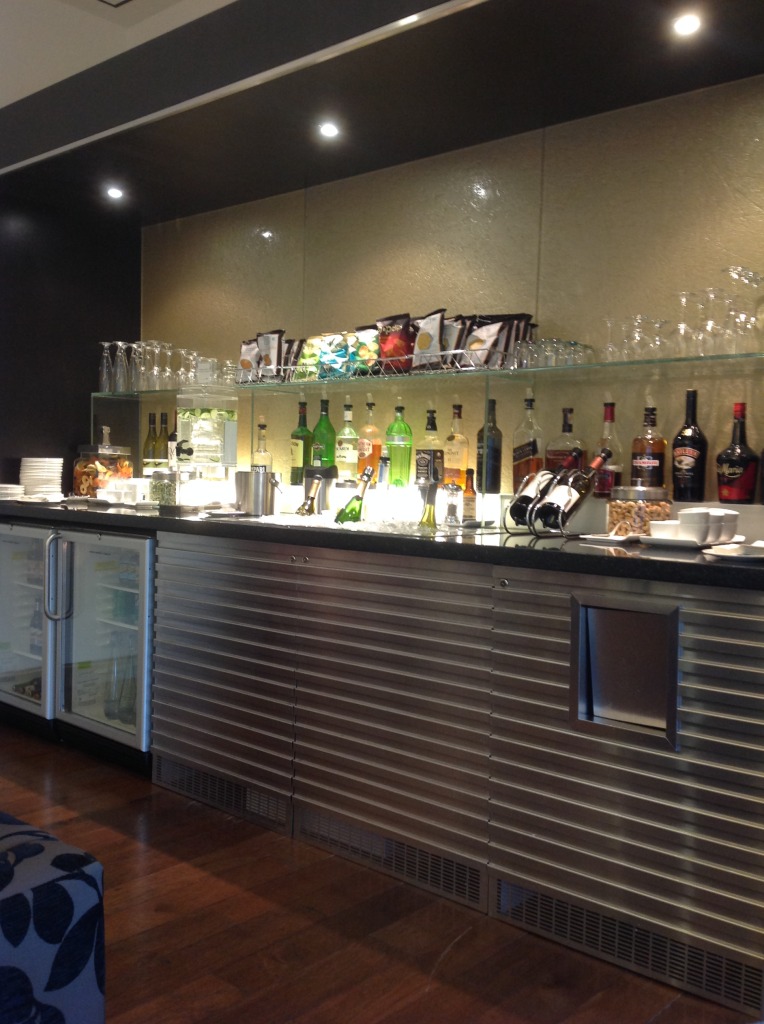 The food offer was limited, hot options consisted of a large bowl of chilli (no rice though); otherwise it was a selection of freshly made sandwiches, which were actually pretty good, and the normal crisps/nuts/biscuits and cheeses but , sadly, no á la carte option!

The chairs were comfortable and each had power sockets next to them, with the ubiquitous BA Lounge wi-fi also on offer.  There were no printing or business centre type facilities which seemed odd given that the location. 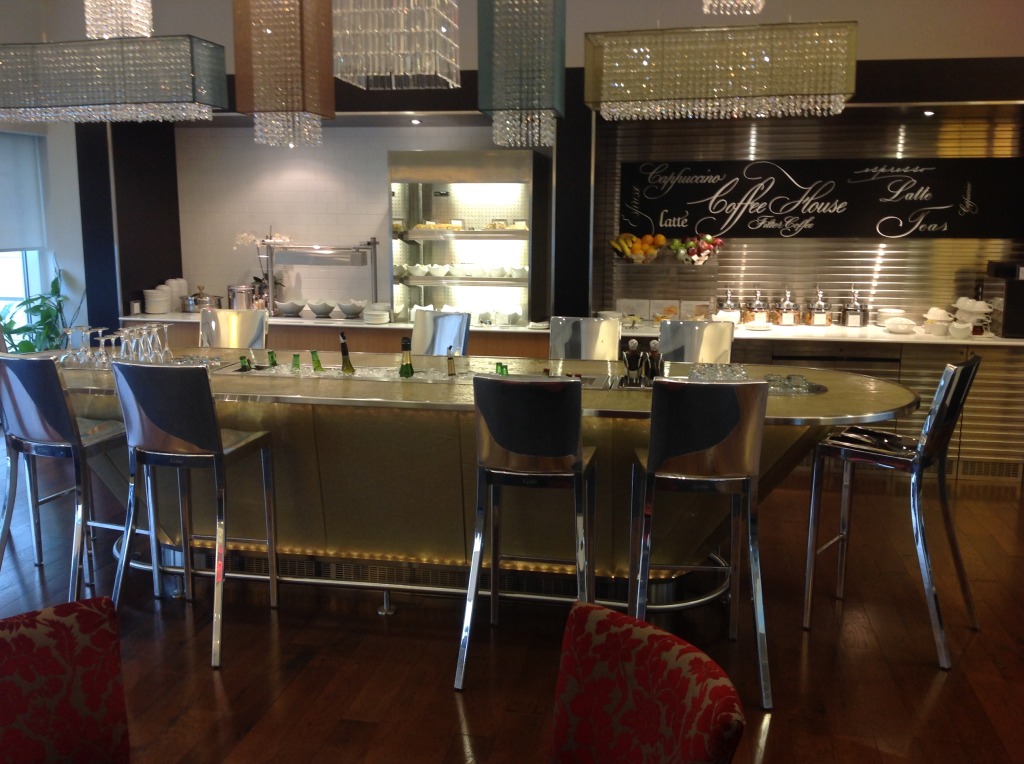 The other thing that was lacking (apart from sufficient seating) were the bathroom facilities. Restricted to just one urinal and a single disabled cubicle there was no where to freshen up with a shower or hot towel, or a quiet room to rest!

The view was restricted to the approach road and entrance to the terminal so; not horrendous, but neither interesting! 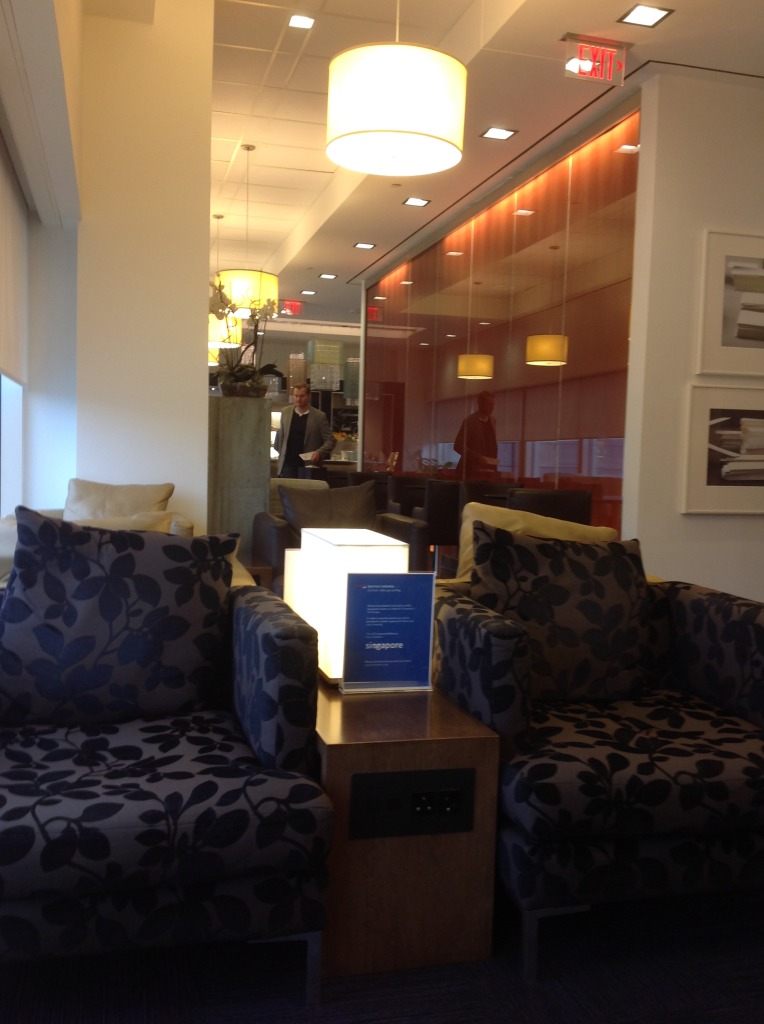 Overall although the lounge would be acceptable for a Business/Club facility but, to be honest, I did expect a little more from BA for a First Class lounge.

British Airways has also relaunched its lounge in Washington in recent weeks.  This operates on a slightly different model.  There is one combined Club World and First Class lounge but there are two separate private dining rooms – one for ticketed Club World passengers and one for ticketed First Class passengers.  You cannot get into these areas using a Gold or Silver BAEC card if flying in World Traveller or World Traveller Plus.

Slightly oddly, the new BA lounge in Washington operates as a Priority Pass lounge during the morning!  With no British Airways flights until the evening, it operates as a third-party lounge (with no access to the private dining areas) until early afternoon at which point it is only accessible to British Airways passengers.