Hilton HHonors announced last week that 14 hotels globally are changing reward categories, impacting the number of points needed for a free night.  These changes kick in from April 8th – until then, any booking you make will be at the old price.

Three of the 14 are in the UK.  Hilton Garden Inn Glasgow City Centre goes up by one category, as does the Hilton Glasgow.  More significantly, though, is the Hilton London Syon Park which drops TWO categories.

Opening roughly five years ago, Hilton London Syon Park is a great example of boom-era hubris, both from the developer and from the banks that funded it.  Remember that this hotel originally opened as a Waldorf-Astoria – almost certainly the only Waldorf-Astoria in the world to overlook a housing estate and be directly next to a garden centre!

It is, however, a good place for a short break from London, especially with kids who don’t travel well.  You can get here in a taxi – you pass it on the way to Heathrow – and there is a train station in walking distance.

Built on the Duke of Northumberland’s estate, the hotel is in the grounds of Syon Park. The large country house is still there, and you can tour it in season. The Duke, keen to generate income, has heavily commercialised his grounds and they now include a huge garden centre as well as the hotel.

Being close to Heathrow, it was probably felt that the hotel would appeal to the luxury conference and weddings market. Unfortunately, it didn’t work too well. Possibly because the back of the hotel overlooks an aged housing estate and the front overlooks a car park (although with Hilton status we often got a room on the side overlooking the gardens).

At one point parts of the hotel were permanently closed off due to the lack of guests – I don’t know if this is still the case.  Here are a few images: 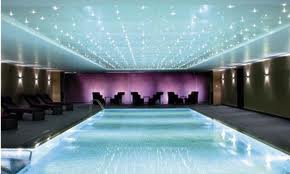 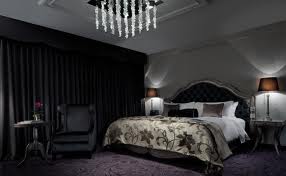 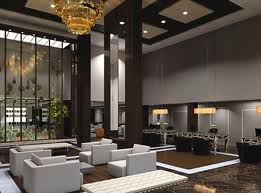 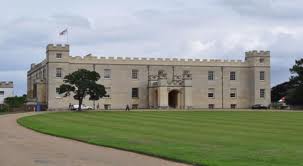 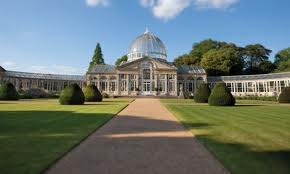 Picture 4 is the main house, the bottom picture is the amazing conservatory at the house.

For an easy break with kids, the hotel has a lot going for it.

b) the pool (top photo) although children hours are restricted

And if you don’t have kids, you can tour Syon Park House and wander around the grounds and down to the nearby riverside village.

You should still compare cash prices before booking as they can also be low.  If Hilton London Syon Park ever appeared at 30,000 points per night it would be a great deal.  One benefit of the downgrade from Waldorf-Astoria to Hilton is that Hilton HHonors Gold members now receive free breakfast – a perk that is not included at W-A branded hotels.

If you already have a reward stay booked at Syon Park, recheck the price after April 8th and consider cancelling and rebooking to save some points.