This is not your typical Head for Points article but I couldn’t help slotting it in!

To selectively quote from the Daily Mail (original story here):

A Virgin Atlantic passenger jet was grounded after a botched ‘water cannon salute’ by airport fire tenders clogged up its engines by spraying thick foam instead of water.

The Virgin Atlantic plane – with its ‘Beauty Queen’ name emblazoned on the fuselage of the Airbus A330-300 – had just landed in Manchester with 188 passengers on board after its high-profile inaugural flight from Atlanta, Georgia in the USA. 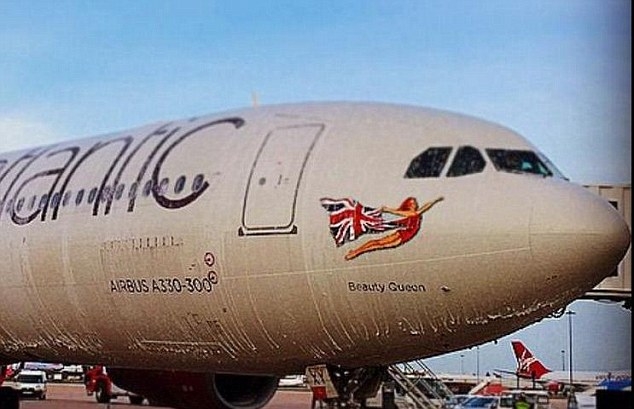 It was preparing to depart from Manchester as return flight VS109 when the watery tradition was set to send it on it way.

But disaster struck when the fire tenders at Manchester Airport positioned themselves to spray a giant arch of water over the top of the transatlantic passenger jet – and someone mistakenly pressed the button marked ‘foam’.

So instead of pure water splaying down the aircraft, it was fire-suppressing foam which got into and clogged up the vital and sensitive jet engines and hi-tech turbine blades.

As a result the spluttering plane, dripping with foam residue, was grounded and forced to undergo a top to bottom safety check-over running to thousands of pounds by Virgin Atlantic engineers

Some 252 departing passengers hoping to enjoy an on-time departure at 10.35am instead faced a five hour delay before finally being told the flight would have to be cancelled altogether. They are being put up at hotels overnight and told to report for a replacement flight at 9.30am Tuesday.