I have been told by a well-placed source that the tender to operate the new independent lounge in Heathrow Terminal 5 was won by Swissport / Servisair.

Despite the word ‘exclusive’ in the headline, I should stress that this story remains unconfirmed.  I asked PR contacts at both Swissport and Heathrow to comment –  Swissport said “At this current time I am unable to comment with regards to your question” and Heathrow told me “We will be putting out a release updating on lounges at Heathrow on 13 April” (EDIT, 13th April – which was actually about the new Singapore Airlines lounge).

My understanding is that the lounge will be an Aspire lounge.  This is brand that Swissport has been using on its refurbished Servisair lounges which are now operating at Belfast, Birmingham, Bristol, Edinburgh, Liverpool, Gatwick North, Manchester T1 and Newcastle. 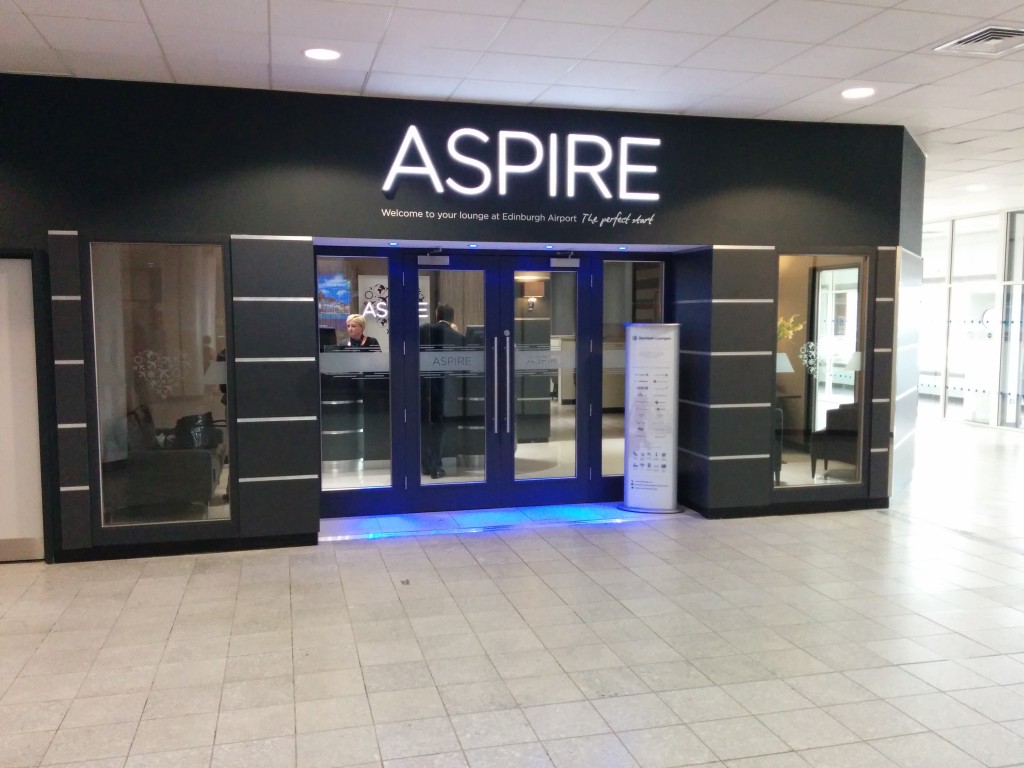 This is the review I published of the newly refurbished Edinburgh Aspire lounge (photo above) last year.  It doesn’t look at all bad, although it is a bit more mass-market than the Plaza Premium lounge in Heathrow Terminal 2.

Aspire lounges are generally accessible with both a Priority Pass (which can be purchased outright or which comes free – with unlimited free visits – with an Amex Platinum) and with Lounge Club passes (two free visits come with Amex Gold).  We need to wait and see, however – it may be that opening it up to both Priority Pass and Lounge Club causes overcrowding.

The winners here are BA Executive Club members who were worried about not retaining Silver under the new tier point system which starts on April 28th.   It looks like you will be able to retain some sort of lounge access in Terminal 5.

The other winner is American Express which will see a surge of interest in its Platinum and Gold charge cards once the new lounge opens and the access rules are confirmed.

British Airways will win a bit and lose a bit.  Some non-status passengers with a Priority Pass who fly other airlines because they operate from terminals with a Priority Pass lounge may come back.  This will be offset by people who decide not to chase BA status now they realise they can get Terminal 5 lounge access anyway.

You will even be able to collect Lounge Miles when you visit – even with a Priority Pass – and earn £5 of shopping vouchers for every seven stamps.