During June, Travelex is taking over the Moneycorp foreign exchange desks at Heathrow.

There seems to be a continual merry-go-round here, because it wasn’t too long ago that Moneycorp replaced American Express Currency Exchange.

What is not clear at the moment is what happens to the British Airways Executive Club partnership with Moneycorp. 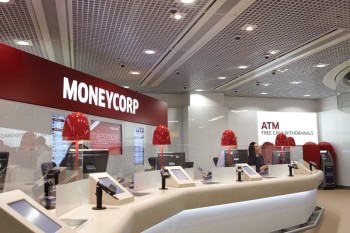 The BA partnership has been a bit of a joke ever since American Express Currency Exchange pulled out.  BA had an exclusive deal with Amex for earning Avios on foreign currency.  When Amex lost their desks at Heathrow, they remained as BA’s exclusive partner for pre-ordering currency.

This was a bit tricky, of course, since you couldn’t actually collect it at the airport!  The only way to earn Avios on pre-ordered currency was to use American Express Currency Exchange online and have it delivered to your home or office.

(There is one upside to this.  If you pre-order currency online from Amex via this site – to earn Avios – or this site, which doesn’t earn Avios but has better exchange rates, it is charged as a purchase to your Amex card.  This means that you earn points on the transaction and that it counts as qualifying spend towards any sign-up bonus or BA Amex 2-4-1 voucher.)

BA agreed a deal with Moneycorp to award Avios for ‘walk-up’ transactions at Heathrow.  If you pre-ordered at substantially better rates, you were not meant to earn Avios – although Moneycorp would occasionally award them accidentally.  You need to be a little short in the brain department to buy foreign currency at Heathrow without pre-ordering it, however, given the spread of around 20%.

There is no sign at the moment of a new Travelex deal being agreed with British Airways.  This may mean, as of the end of June, there is no way of collecting Avios on currency purchases at Heathrow.