This is my review of the Radisson Blu SkyCity hotel at Arlanda airport in Stockholm.

When I was over in Stockholm two weeks ago, I chose to stay at the Radisson Blu SkyCity inside the airport terminal.  The main group I was travelling with were at the cheaper Radisson Blu Arlandia hotel, a 6-7 minute shuttle bus ride away, but with my inbound British Airways flight not due to arrive until midnight I wasn’t keen.

My first decision was ‘cash or points?’.  It was an easy one.  Club Carlson is currently running a triple points promotion.  Even if you drop the value of Carlson points to £3.50 per 1,000 post devaluation on June 1st, I was still getting 35% of my spend back in points – in the end, I banked 23,000 points for the two nights.

44,000 points per night also looked poor value compared to the cash price of around £120.  I used the AA / AAA route I wrote about in this article to get a discount on the standard price.  I was never asked to show my Automobile Association card although I did bring it.

Let me try to explain how Radisson Blu SkyCity works.  If you look at the photos below, you will think you are in the terminal.  You are not.  The airside (passport controlled) areas are in other connected buildings to the left and right.

SkyCity is an airport shopping complex which looks like an airport terminal – it overlooks the tarmac and you see all of the aircraft outside – but is actually landside and can be visited by anyone.  This meant that I could nip down in the lift from my room to the shopping concourse for a meal and it felt like I was airside, except I wasn’t.

For some reason this fact fascinated me.  It felt like I was spending two days trapped inside an airport because I was eating in SkyCity in the morning and evening.

Let’s back to the factual bits of my Radisson Blu SkyCity review.

As a Club Carlson Gold member via my American Express Platinum, I was upgraded to a business class room with an external view.  The hotel is curved – the outer rooms are bigger and have external views, these are ‘business class’.  The inner rooms are smaller and overlook the terminal floor.

A ‘business class’ room gets you a coffee machine and free Pay TV films as well as extra space.  I was also given free breakfast, which is a benefit of business class rooms at Radisson properties globally but is often withheld if you are upgraded into one.  This vindicated my decision not to pay extra for a ‘bed and breakfast’ rate when booking.

It isn’t often your hotel room comes with a view of the hotel shuttle bus! 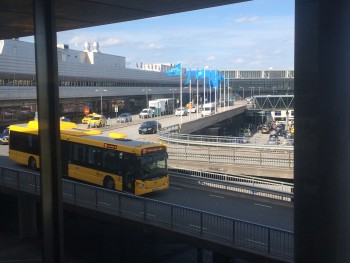 This is the sitting area of the room, which to be honest I never used in two days: 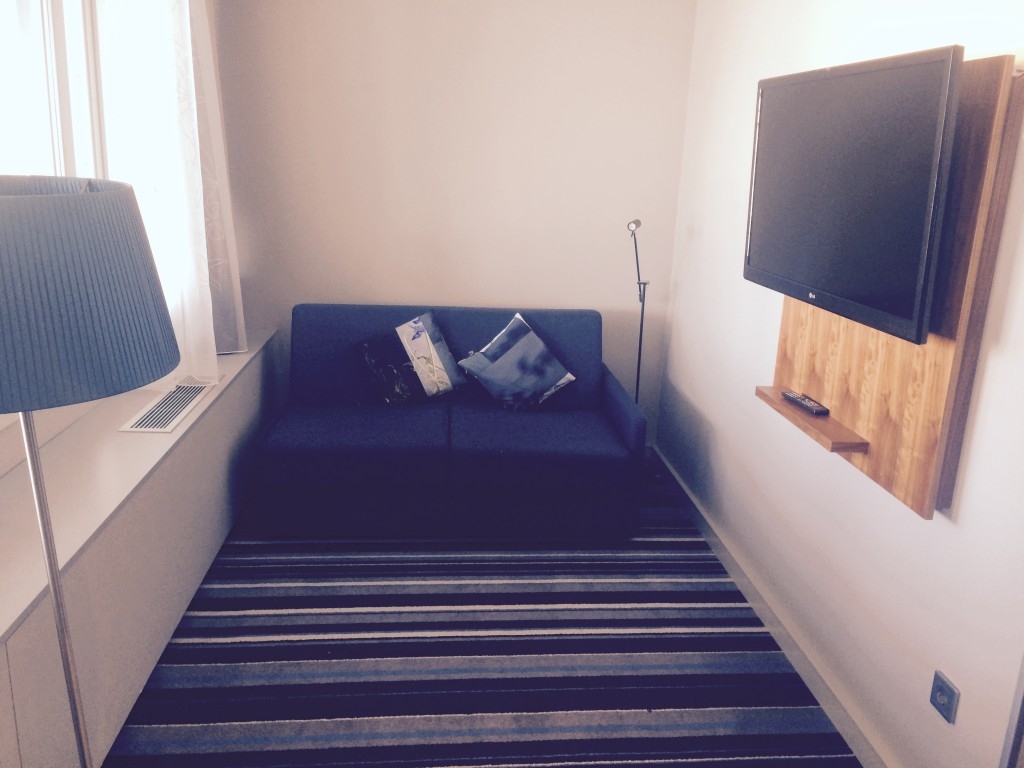 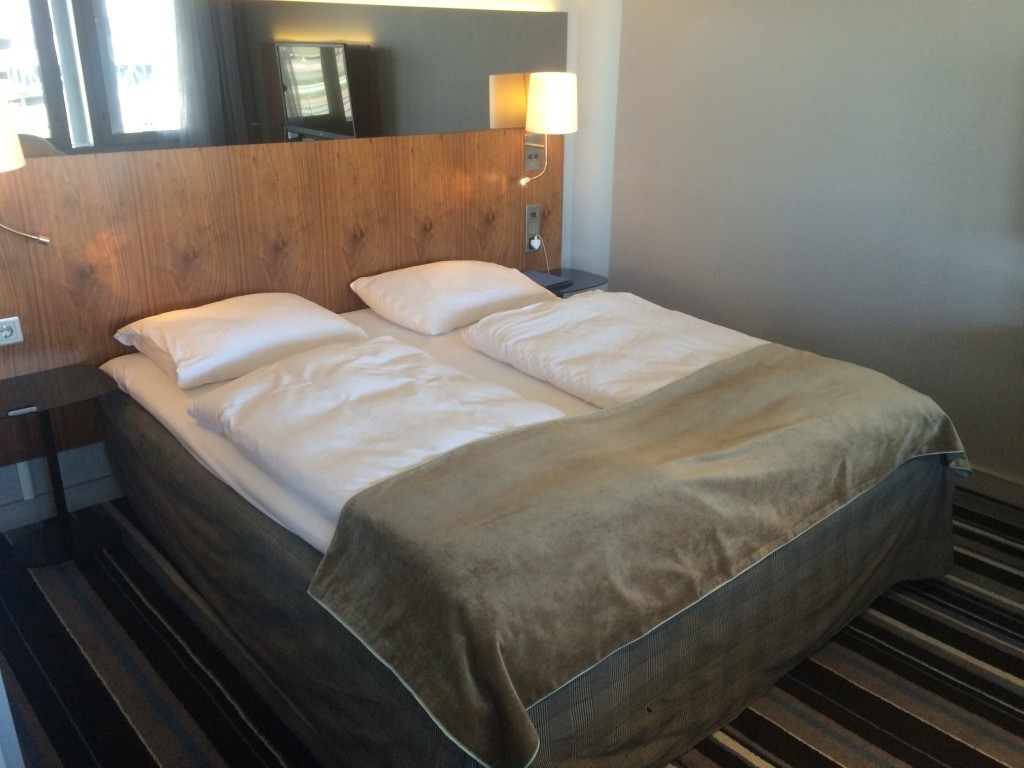 And a decent sized bathroom with ‘This Works’ toiletries: 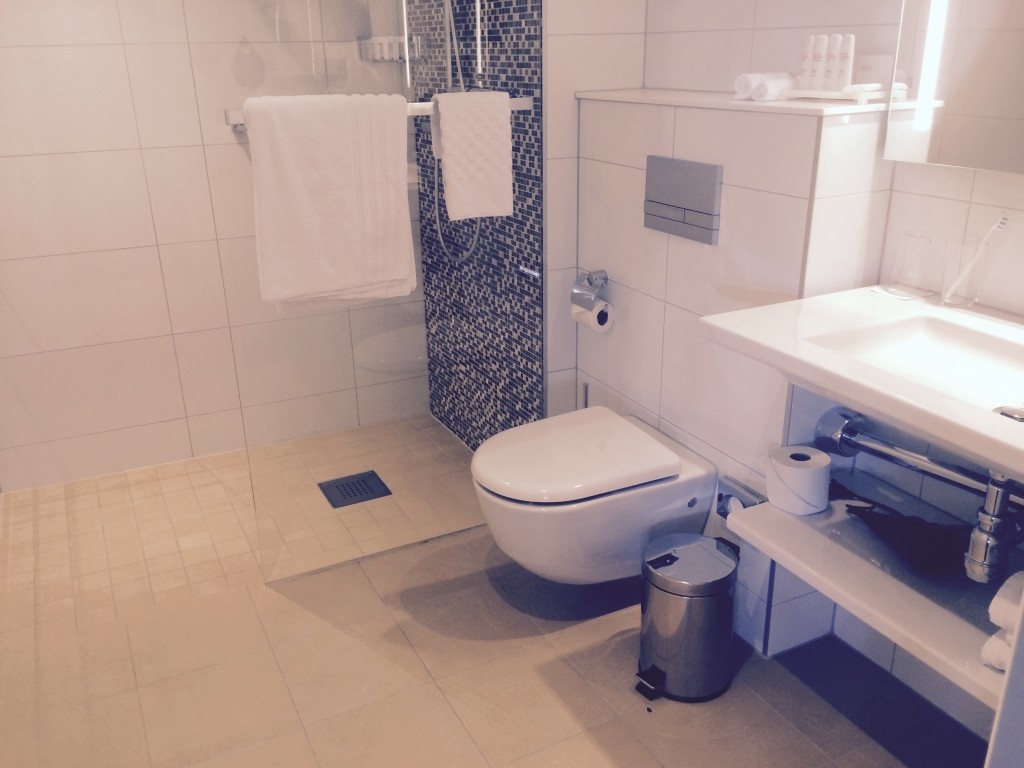 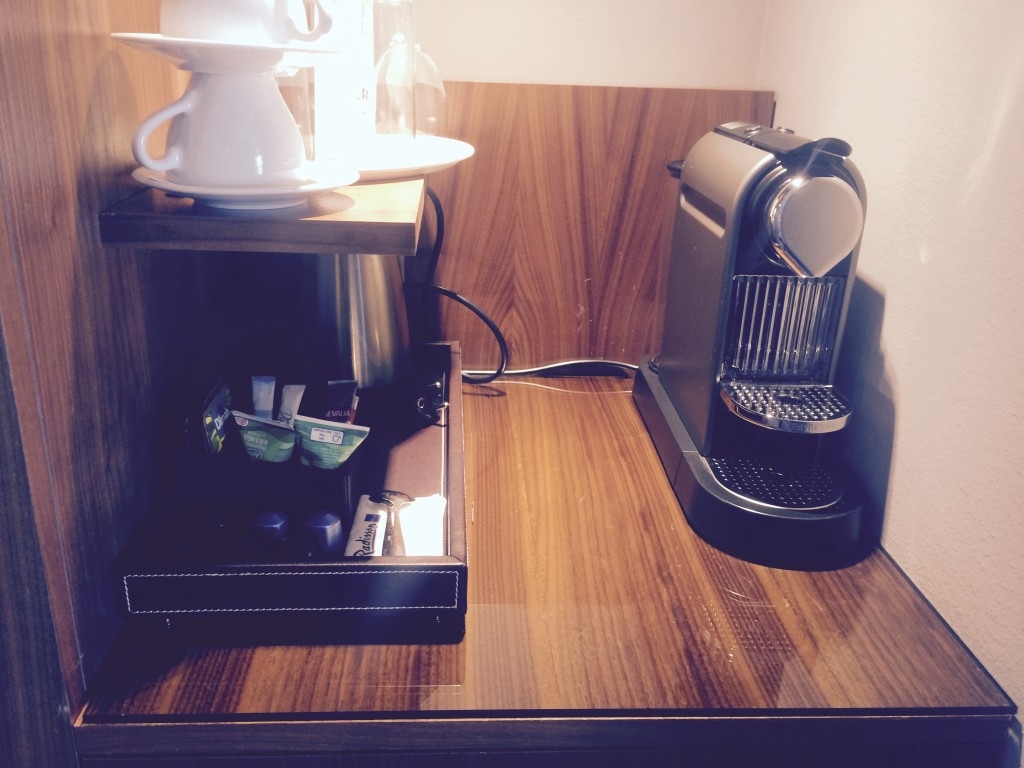 This is novel.  The hotel restaurant is also a general SkyCity restaurant.  You walk out of the hotel entrance to get to it!  It is on the balcony overlooking the SkyCity shopping area: 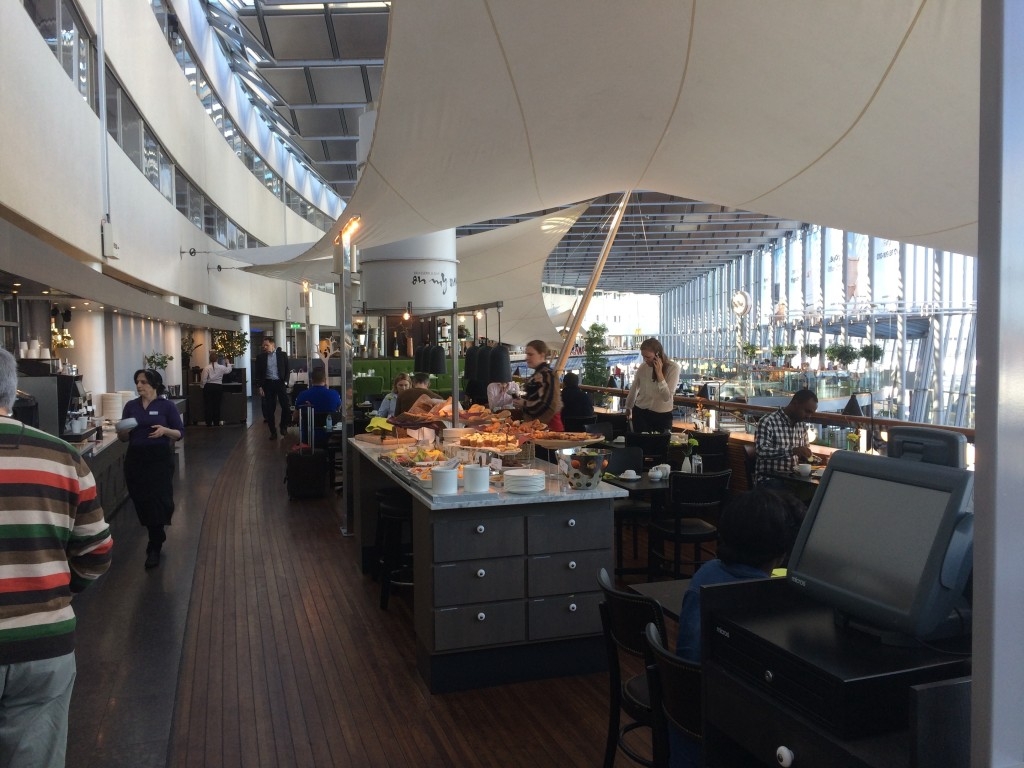 You can see what I mean about feeling that you were airside in the terminal: 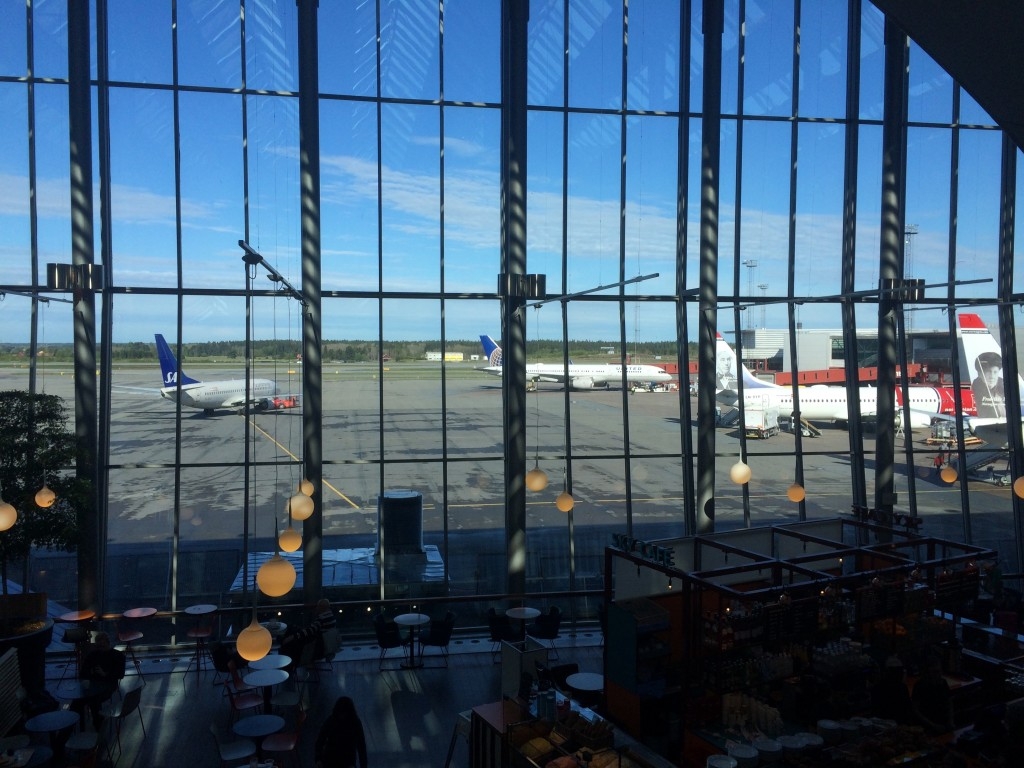 All in all, I enjoyed my two nights at the Radisson Blu SkyCity.  The rooms aren’t the most modern but the sense of living inside the terminal really adds to your stay!  23,000 Club Carlson points aren’t to be sniffed at either.

One thing to note:  whilst the train station is directly underneath the hotel, the fare on the Arlanda Express is comparable to that of the Heathrow Express.  This hotel is not a cheap way of avoiding the hotel prices of downtown Stockholm unless you are prepared to take another route into the city each day.

You can find out more about the hotel, and book, on this page of the Radisson website.