At 9.15pm next Monday, a British Airways flight will depart for Hannover.  This will be the final flight to depart from Heathrow Terminal 1 after 47 years.

Avios redemption seats are still available for the flight if you are keen!

Terminal 1 originally opened in 1968 with a major expansion undertaken in the 1990’s and again in the early 2000’s.  Before Terminal 5 opened, British Airways ran the majority of their short-haul flights from Terminal 1 with long-haul aircraft primarily at Terminal 4.  bmi British Midland also operated from Terminal 1. After the opening of Terminal 5, it was reconfigured to focus on Star Alliance.  I can still remember my shock at seeing how the spacious and bright BA lounge had been halved in height and turned into the remarkably dingy Star Alliance lounge …..

One thing I will not regret is the passing of the Servisair lounge – by far the worst lounge facility at Heathrow. 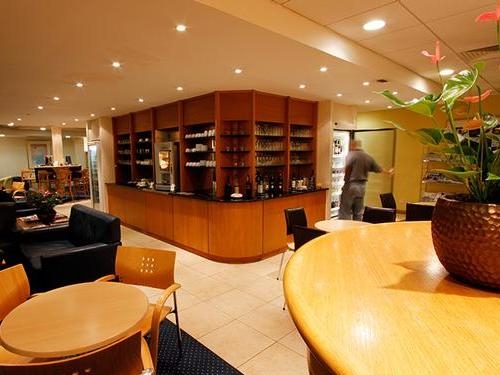 Terminal 1 will eventually be demolished.  Terminal 2 will be extended onto the current Terminal 1 footprint at the same time as a Terminal 2C satellite is built.  Originally due for completion in 2019, the project has been deferred by the airport and is not now scheduled for completion until 2024.

Once that is completed, Terminal 3 will be demolished.  The train which links the Terminal 5 satellites will also be extended to serve all three (as it will be then) terminals.  The end result will be something like this:

Whether any of this actually happens, of course, will depend on plans for a third Heathrow runway.  Even if Heathrow is allowed to build, there are two competing options which will result in very different outcomes in terms of terminals.