About four years ago, Tesco changed the rules of the Clubcard scheme.  A cap was brought in, with the maximum number of points you could earn per quarter capped at 30,000 (so 72,000 Avios or 75,000 Flying Club miles).

This cap was rarely enforced. Everyone assumed that Tesco had brought it in to cover its back if it discovered abuse of the scheme, so that it could strip people of points if it wanted.  There is also an exception for people who earn points from Tesco Bank.

About two years ago, Tesco did have a period where it began to randomly enforce the rule.  A number of people reported having their balances reduced to exactly 30,000 points and receiving just £300 of vouchers.

It all went quiet again.

Frankly, for the last year, it has been very difficult to earn more than 30,000 points per quarter.  However, the emergence of pay.com virtual Visa cards – which I described in detail here – means that it is suddenly something that a lot of people could achieve relatively easily.

Last week I had a worrying email from reader Simon. 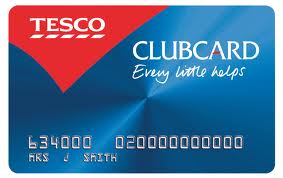 Simon had a substantial VAT bill to pay – almost £20,000.  pay.com cards were freely available where he lived, and he bought as many as he could over the last few weeks.  He ended up with 65,000 Clubcard points.

Just a few days before balances were zeroed out last week, he noticed that his balance had dropped to exactly 30,000 points.

When he rang Tesco to ask what had happened, he was informed that Tesco was imposing the 30,000 points per quarter cap that was outlined in the terms and conditions for the Clubcard scheme (clause 24 if you want to look it up).  It was not willing to give him any further information.

There is very little that Simon can do.  The rules are the rules.  It is difficult to claim he was ‘abusing’ the scheme – buying the pay.com cards meant that he could pay his VAT bill with a credit card whilst avoiding the HMRC 1.4% surcharge, which seems a good enough reason to buy the pay.com cards.  Unfortunately, he has fallen foul of Tesco’s ‘catch all’ rule to weed out what it sees as bad behaviour.