Finnair and Finnair Plus, Iberia and Iberia Plus, Marriott Bonvoy

Finnair launches Fukuoka and Guangzhou in 2016

Finnair is on a bit of a roll at the moment.   They have literally, this week, started receiving their new Airbus A350 long haul aircraft – I am trying it out in mid November.  Edinburgh services are due to start next year.  They have also now announced two new Asian routes.

Finnair, if you don’t know, has a niche in flying long-haul to Asia.  If you get your atlas out you will see that Helsinki is well placed for short flight times.  As a fellow member of oneworld alongside BA, you can earn and spend Avios points on Finnair flights.

Fukuoka in southern Japan will launch next Spring with three flights per week.  It adds to existing routes to Tokyo Narita, Nagoya and Osaka.

Guangzhou in China will launch on 6th May with four weekly flights.

Both routes are timetabled only for the Summer season, ending 29th October, at present.  They will use Airbus A330 aircraft. 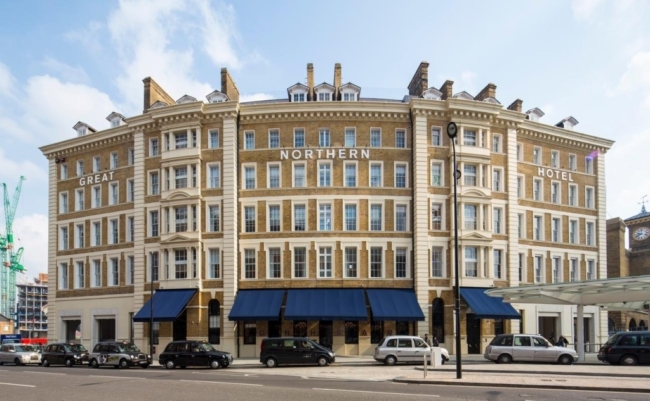 I wrote about London’s Great Northern Hotel joining Starwood Preferred Guest a few weeks ago.  It is part of the new ‘Tribute’ brand which allows independent hotels to become aligned with SPG without having to (literally) adopt the full Starwood manual on how to operate.

Until December 20th, you will earn 2,000 bonus SPG points for every stay at the Great Northern, up to maximum of five stays.

I value SPG points at 1.5p each so you are effectively getting a £30 bonus when you redirect a stay there – not a bad incentive.  You need to register for this offer via this page at spg.com. You won’t be reaching this in a hurry – Prime required 200,000 elite points.  Other criteria seem to include having been an Iberia Plus member for 20 years, including at least 10 years as a Platinum member, and having flown at least 350,000 miles per year.

When you remember that Iberia had sloping business class seats until two years ago, anyone meeting these criteria deserves sympathy, to be honest ….

Only 105 people have reached the criteria for Infinita Prime.  To be honest, that seems pretty pointless to me.  Was it even worth paying to get the card designed?  The benefits they receive include four annual upgrades, business class check-in, limo service ‘at selected airports’, VIP parking and two Gold cards for friends.

A further 700 people who have earned 125,000 Elite points receive the basic Infinita status.  Again, a very small number of people given the size of the airline.  These people do NOT get VIP parking or a limo service, and only two upgrades per year.

Finnair and Finnair Plus, Iberia and Iberia Plus, Marriott Bonvoy