American Airlines announced a sharp devaluation of the AAdvantage loyalty programme on Tuesday evening.  We knew it was coming, as the merger of American and US Airways is now completed.  What was disappointing is that it contained very little original thinking.

The important thing to note is that the changes to the spending chart do not come into effect until 22nd March 2016.  In terms of booking redemptions, you would be able to book until February 2017 at the old rates if you could commit 11 months in advance.

This is not hugely relevant to the UK market as not many HFP readers choose to earn status with AA rather than BA.  You can get a more detailed analysis on some of the US sites such as View from the Wing here.

About 18 months ago, Delta Air Lines decided on a fairly random way of running a revenue-based frequent flyer scheme.  Instead of awarding miles based on distance, it decided to award 5, 7, 8 or 11 miles per $1 spent on their own flights, depending on your status with the airline.

I’m sure there was some logic behind these numbers but it wasn’t based on any great mathematical formula. (Why not 5, 7, 9 or 11?!) Despite this, United and now American have slavishly copied the exact same structure.  It is a bit pathetic.

Miles earned on partner flights, such as British Airways flights credited to American, continue to accrue on the old basis of distance flown multiplied by a cabin bonus.

In terms of earning status, American has gone for something similar.  ‘Elite Qualifying Miles’ for flights marketed by AA will accrue at the following rates:

The changes to earning status points based on spend will start on 1st January.

If you are crediting British Airways flights with a non-AA flight number to American, you continue to earn EQM’s based on distance flown.  You will earn 1.5 EQM per mile for any flight in World Traveller Plus or above and 0.5 to 1 EQM per mile for World Traveller.  When flying to North America, you would need to see (based on ticket price and class of service) whether you should buy a ticket with a BA or an AA flight number! 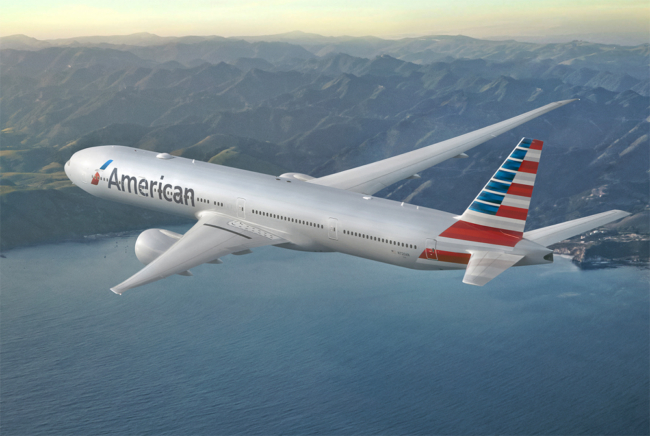 If you are redeeming American Airlines miles for flights from the UK, you are more likely to have obtained some or all of your miles from the AA credit card or via a transfer from, say, Starwood Preferred Guest.

You may even have focussed on buying all of the AA miles you needed as that was cost effective in many cases if there was a good bonus promotion running.

Here is the new reward chart for flights on AA planes.

Here is the new reward chart for partner airlines, which includes BA and Etihad.

Remember that this only applies to flights booked after 22nd March.

Let’s take London to Abu Dhabi on Etihad (or BA, but you’d be mad to choose BA given the fuel surcharges) as an example.  This used to cost:

This was a great deal even before the April 2015 Avios changes.  Since April it has been even better as Avios pricing went up to 100,000 – 120,000 points for BA Club World return.  From March, AA will charge the following:

Yes, it is a big hit.  It is still a far better deal than redeeming Avios, however, unless you have a British Airways 2-4-1 voucher to use.  Of course, it isn’t that simple for most of us since earning AA miles for a UK resident is a lot, lot harder.

Another amazing deal was from the UK to Australia.  This used to cost:

From March it will cost:

If you want to take a look at other routes, the links above bring up the relevant award charts and there is a link in each chart to the current pricing.

All in all, it is disappointing but not too surprising.  There are still reasons to credit your flights to AA, especially if you are a business traveller who is regularly on fully flexible business class tickets and earns the bulk of his/her miles from flying.  The redemption chart remains cheaper than the BA one in many instances and – except for BA redemptions – you won’t be paying any fuel surcharges.