I have written before about using Emirates Skywards miles for executive box seats at Arsenal or the other football clubs around Europe sponsored by Emirates.

Emirates is now the lead sponsor of the FA Cup.  They are offering tickets for eight of the second round games for just 1 Skywards mile!

These are obviously not top clubs.  On the other hand, at £10-£15 for a ticket, it could be your best ever mileage redemption!

Tickets are available at the time of writing for (home teams) Salford City, Stourbridge, Northampton Town, Rochdale, Welling United, Dagenham & Redbridge, Oxford United and Grimsby Town.  These are for games in the first weekend of December.

Book via this page on the Emirates website (log-in required).  Thanks to Joel. 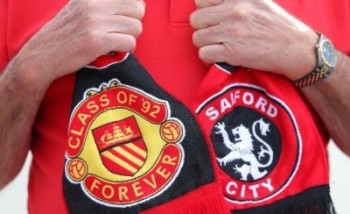 IHG has announced that a jointly branded Crowne Plaza and Holiday Inn Express will open at Heathrow Terminal 4 in 2018.  It will be operated by Arora, who also run the Sofitel attached to Terminal 5.

The two hotels will have 950 rooms between them.  This will add a substantial amount of capacity to the Heathrow market and is bad news for the off-airport hotels – no-one voluntarily chooses a hotel on the Heathrow Hoppa bus route if they can avoid it!

Meanwhile, the much-delayed Hyatt Place property near – but not at – Terminal 5 is now due to open in February 2016.  This will come in useful for Hyatt Gold Passport members looking for an inexpensive way of boosting their stay count for status requalification. 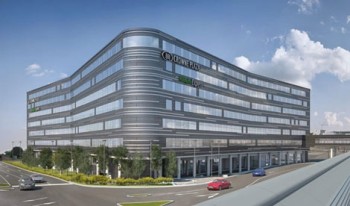