No 1 Traveller deal on Groupon

Airport lounge group No 1 Traveller, whose facilities I have reviewed positively many times on HFP, has an offer on Groupon for the next few days.

For £22.50, you can buy a pass for one of their Heathrow or Gatwick locations.  For £25, which is the best deal, you get a glass of champagne included.  The Groupon link is here.

To be honest, though, for most people these offers can be beaten.  The exceptionally generous deal they have with Avios (ie avios.com, not British Airways Executive Club) is still running.  As I outlined in this article, you can get in to any of their lounges for just £20 and receive 750 Avios.  You don’t get a glass of champagne included but I think most HFP readers would accept the trade off!

The photo below is of Gatwick South, which will be replaced in a few weeks with a substantially bigger and substantially more impressive facility – I am hoping to review it when it opens. 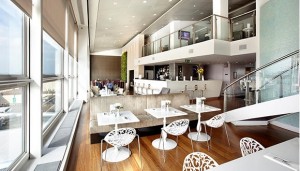 I doubt anyone is going to top the Avis £2 car rentals as the Christmas sale bargain of the year, but my inbox is full of alternative options.

I am not necessarily recommending any of the following, except for the fact that the companies involved bothered to get in touch to tell me what they were doing:

Of course, I also written in details before about the current British Airways sale, the current Hilton sale and the current IHG (Holiday Inn, Crowne Plaza etc) sale, which are the most popular amongst Head for Points readers. 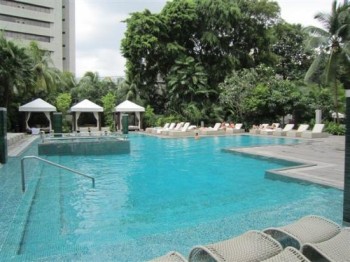 Finally, the Luxury Travel Diary site has another wave of its luxury auctions closing this week.  These are often worth a look as there are often deals to be had.

Packages closing soon include 5 nights for eight people in Bali (something you won’t be redeeming using hotel loyalty points in a hurry), 7 nights for ten people in a villa in Mallorca and – more in the HFP line – two nights at the Grand Hyatt in Singapore (photo above).

As usual, it is worth having a poke around to see if anything takes your fancy.