Well, I never expected this story to reach the hallowed pages of the Daily Mail, but there you go!  I’m a bit annoyed that I didn’t get a mention 🙂

I have, a couple of times, mentioned that it is possible to buy face value commemorative coins from the Royal Mint using a credit card.  I have never made a big deal of this because:

the Royal Mint doesn’t take American Express, so it was only really worthwhile if you had a ‘no longer available to new customers’ Visa or MasterCard such as the BMI Diamond Club one which pays 2.5 Avios per £1

you were 100% dependant on finding a willing bank if you wanted to pay in the coins.  It was never totally clear what the legal position was.

We now know, thanks to the Daily Mail, what the legal position is! 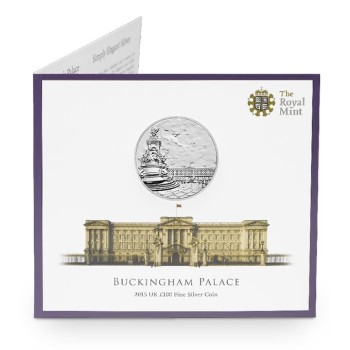 You should read the article in full, but here are some extracts:

The reader, who wishes to be known simply has James, would buy high value commemorative coins from the Royal Mint in bulk to gain air miles on his credit card before cashing them in at the bank.

However, the Royal Mint appears to have cottoned onto his system by writing to banks and telling them not to accept the coins, which are deemed ‘legal tender’.

James said: ‘I am someone who has a bit of an addiction to frequent flier miles. I’ve done various things over the years to generate more miles – and the only way to generate such things is by spending on a credit card.

The coins, such as the £100 ‘face value’ Buckingham Palace coin issued last year are limited edition and are described by Royal Mint as legal tender. They also have a 14 day returns policy.

But its terms and conditions section on the website describes legal tender as having ‘a very narrow and technical meaning in the settlement of debts.’

It adds: ‘In practice this means that although the face-value UK coins in denominations of £5, £20, £50 and £100 are approved as legal tender, they have been designed as limited edition collectables or gifts and will not be entering general circulation.

‘As such, UK shops and banks are not obliged to accept them in return for goods and services.’

A recent letter sent to a bank branch from the Royal Mint, published below, has told staff to no longer accept coins over the counter and that customers should be referred to them instead.

James adds that when he entered his local HSBC branch, as he usually would to cash them in, the bank accepted the deposit. This is Money has seen the deposit slip.

The branch manager then chased after him as he was leaving the branch and advised that it could no longer accept them.

It is a great story but, to avoid copyright issues, I recommend you head over to the Daily Mail site and read it in full for yourself.