London taxi / minicab / ride-sharing / call it what you want group Uber has announced that it has dropped its fixed fares to London airports.

All airport trips will now be priced using the standard Uber formula, which is a black cab-style mix of time and distance.

No reason was given for the change.  It is certainly a fairer deal for drivers, who were often getting a low fare for what could be a 2 hour trip at peak times – and a lot of money for what, for me, can be as quick as 35 minutes on a Sunday night.  Until I have given it a go, I won’t be able to compare it properly.

Remember that if you have not tried Uber yet, sign up code HEADFORPOINTS gets you £15 off your first ride.  This is valid in ANY UK city where Uber operates.

If you are still after a fixed price ride to the airport, try the Kabbee app which will give you quotes from a number of local firms and let you book online.  There are no sign up codes for Kabbee at the moment, unfortunately. 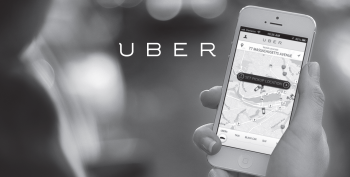 This offer was originally launched two weeks ago as targetted promotion.  Everyone can now take part.

However, Hilton HHonors IS a decent deal at cheaper point levels.   The Hampton by Hilton in Sheffield, for example, is 10,000 points per night.  At 0.39p per point you would be paying roughly £39 per night if you bought the points.  That is a 61% discount on the typical nightly rate of £100.  Hampton properties include free breakfast as well.

On the other hand, the Hilton Sheffield is 30,000 points per night.  You would be paying around £117 for those points which, whilst a bit less than the typical £125 cash cost, is not a fantastic deal – especially as you would earn points and miles back on the cash rate.