If you want proof that no-one expects to see a new Heathrow runway in the near future, Oman Air has reportedly paid $75m to Kenya Airways for its Heathrow slot pair.

Oman Air will use these to add a second daily service to Muscat, this time in the morning, starting on 12th April.   This will put pressure on the daily British Airways service which is hampered by having to stop in Abu Dhabi on the way, as it leaves at roughly the same time.

Kenya Airways will remain at Heathrow but with new flight times, using a slot it is leasing from KLM.

A rather smart looking new InterContinental resort is due to open in Pattaya in April.

That’s the good news.  The bad news is that this will be a rebranded Sheraton and the renovations required to take it up to InterContinental standard will not start until after the rebranding, to be completed by 2018.

I would be a little nervy of booking in until then unless the room rates are low, unless you are after some IHG promotional credit or have an Ambassador free weekend night voucher to use.

A new InterContinental has also been announced for Venice although it is at least 2 years away from opening. 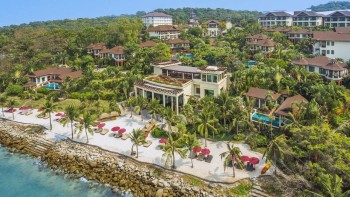 Up to 50% bonus for buying Flying Blue miles

Flying Blue, the Air France / KLM loyalty programme, is running a bonus promotion for anyone who is looking to top up their account.

Until 18th March the following bonus is available when you buy miles:

Members can buy up to 75,000 miles per year, excluding bonuses. Elite members have no cap.

At the end of the day, though, I don’t imagine anyone except an existing Flying Blue member topping up an account getting excited by this. It is also worth remembering that Flying Blue is an American Express Membership Rewards partner – why pay for a pile of FB miles when you can take out an Amex Gold and get 20,000 miles free (22,000 if I refer you)?

If you are interested, the link to buy miles is here.