Some (bad) news in brief:

According to reports yesterday, Bank of America has put the UK operations of MBNA back up for sale following a failed process five years ago.

The business has a loan book of £7bn and is believed to worth around £8bn, implying a £1bn value for the equity.

Regular HFP readers will know that, by a gap too wide to measure, Lloyds has the worst run credit card business in the UK.  Only Lloyds, for example, could take FIVE DAYS – in a good week – to send out refer-a-friend emails for their credit cards.  Five days to send an email.  And that is if you are lucky.  I recently had someone receive a Lloyds Avios Rewards refer a friend email SEVEN MONTHS after it was requested.

Only Lloyds would block my wife’s card on suspicion of money laundering because her bill was paid BY HER HUSBAND – and then refuse to unblock it until an original (ie sent in the post, not a branch print) bank statement could be produced, which took three weeks due to my statement cycle.

The news that Lloyds is apparently eager to buy MBNA should send a shiver down the spine of anyone with a Virgin, Etihad, Emirates, United or Lufthansa credit card.  The good news is that there are other names in the frame too such as Santander, Barclaycard, Virgin Money and potentially private equity.

A sale is not guaranteed, however.  MBNA, because of its focus on loyalty and affinity cards, will be very hard hit by the interchange fee caps.  Most of its cards are probably not sustainable now and, when the current airline contracts expire, we are likely to see benefits cut or fees increased.  The customer base is certainly not secure.

MBNA DOES, however, know how to run a card business.  It isn’t perfect – I get regular complaints about non-posting bonuses, whilst I can honestly say I have NEVER had a complaint about a non-posting bonus on an Amex card – but in general they are well regarded. 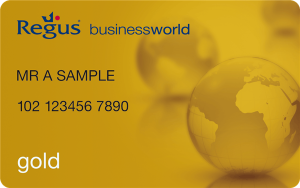 During the recession, serviced offices group Regus was throwing free Businessworld Gold cards around like confetti.  Many airline, hotel and car rental firms were allowed to give them out to their status members for free.

These offers started to dry up in 2014.  The last mainstream one, offered by Virgin Atlantic to its Gold Flying Club or Black credit card members, ended in May 2015.

Businessworld Gold allowed you to use the business lounge in ANY Regus business centre for free, as many times as you wanted.  It was effectively free hot desk space.

Head for Points was born out of Regus.  For the first three years, I probably worked out of Regus for 150 days a year for a grand total of £0.  I didn’t just use them in London – I visited numerous centres across the world when travelling. This was thanks to a Businessworld Gold card I got free with a Business Traveller subscription back in 2011.

(That is not entirely true.  At one point you could pay £20 a day and get a private office on a standby basis and I did that occasionally.  I doubt I spent more than £400 over three years on those.)

These free Gold cards usually did not have expiry dates on them.  However, I have had a few emails in recent weeks from readers who have turned up at Regus centres – including the one in Heathrow Terminal 5 arrivals – to find that the system now shows them as Blue and so not allowed to enter.

It seems that Regus has had a clean up of its database.  As Gold cards now cost £600 per year and do not even offer global access for that price, you can see why.  Historically, the charge was £299 per year for global use.

If you were planning to visit the Gatwick, Heathrow or indeed any other Regus lounge with a long-held free Businessworld Gold card, I would have a back up plan in case you find you have been downgraded as well.