The acquisition of the Starwood hotel group – owner of W, Westin, Sheraton, St Regis, The Luxury Collection, aloft etc – by Marriott is running late.  The cause is Chinese competition clearance, with the Chinese authorities recently stating that they require another two months to examine the deal.

This surprising article in the New York Post suggests that Marriott is keen for the Chinese to block the deal.

If you followed the bid saga, you will remember that Marriott was forced to increase its initial bid for Starwood – and to sharply increase the amount paid in cash instead of shares – following a Chinese counterbid. 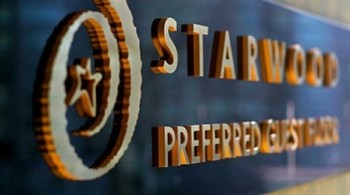 The increased bid damaged the economics of the deal.  Marriott was also relying on selling $2bn of Starwood property assets once the company was bought.  The commercial property market is currently on the slide in many major markets, however, and that valuation looks riskier by the day.

More weirdly – and this is hardly believable, I admit – the Post reports that Marriott has only just realised that Starwood attracts a far younger customer base than Marriott and that they are likely to drift away when the Marriott-isation of the properties occurs.  This is completely true but should hardly have come as a surprise.

(I do remember mentioning that I didn’t think that adding the Marriott-regulation bible and a portrait of octagenarian Bill Marriott above reception was going to do much for sales at the ‘sex toys in the minibar’ W brand …..)

As someone who had to deal with a number of Chinese takeover clearances during my banking career, I can confirm that the process does drag on.  To be honest, I can never remember a scenario when we ended up with an unreasonable decision from them.  If Marriott is genuinely hoping to find a way out of the Starwood deal, this is unlikely to be it.