Virgin Atlantic to be joined by Delta at Heathrow Terminal 3

Delta has announced changes to their London flights. Starting on 14th September all Delta flights from Atlanta, Detroit, Minneapolis, Salt Lake City and Philadelphia will be moved from Terminal 4 to Terminal 3.   As Delta’s New York-JFK, Boston and Seattle services are already operating from this terminal, it will bring the entire Delta operation under one roofs.

The main beneficiary will be passengers who are connecting Delta-Virgin in London who often found that their onward flight was from a different terminal. This won’t be the case any longer and makes stopover flights with Delta and Virgin Atlantic (which is 49% owned by Delta) more appealing.

If you need a hotel in Worcester …..

This is slightly off-topic for HFP as this is not a branded hotel, but as it is a Bank Holiday Weekend, Rob is still away and there is a space to fill …..!

I had to go to Worcester recently and, in the absence of any chain properties where I could earn or use points, ended up at the Worcester Whitehouse Hotel.  This was surprisingly pleasant and a good reminder that there are many good independently run hotels still out there in the UK.

Worcester turned out to be a very pretty town.  The Worcester Whitehouse Hotel is right opposite Worcester Foregate Street station on the High Street and has got a gym with pool, jacuzzi, sauna and steam room – which is always a huge plus for a hotel.

Parts of the building like the entrance hall with its staircase apparently date back to the 17th century: 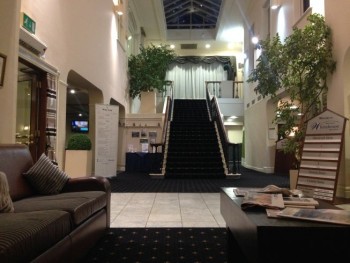 My room was a decent size with a double bed, sofa and large desk. Unfortunately it didn’t have aircon and even though it was rather rainy and cold outside, the room was a bit stuffy and hot. However there was a fan on the desk which made the room more bearable. 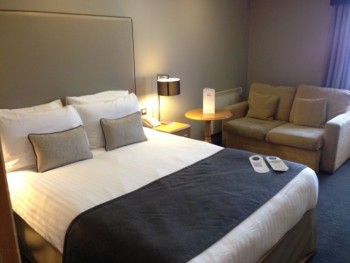 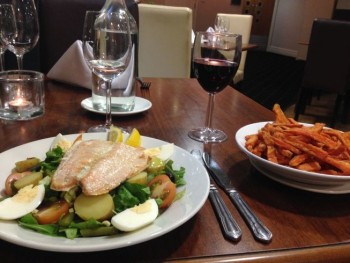 Given that the alternatives are mainly of the Premier Inn or Travelodge style, I recommend it if you’re heading to Worcester.