British Airways announced yesterday that it is to drop BA3 and BA4, one of the two return flights to New York operated from London City Airport.  The last flight will be 29th October.

These flights are a bit of an oddity, to put it mildly:

The aircraft used in an Airbus A318 short haul plane

The aircraft stops in Shannon to refuel because a fully loaded A318 cannot get off the runway at London City.  The return flight is direct.

The real selling point of the service was that you could clear US immigration in Shannon whilst the aircraft was being refuelled.  This meant that you landed as a domestic passenger at Kennedy and simply walked out of the terminal.

Unfortunately, a couple of years ago, pre-clearance was withdrawn from BA3.  There were no other flights departing from Shannon to the US in the evening and BA was unwilling to pay the cost of keeping the US immigration team in place.  This was a big blow for the service because passengers still had to queue for immigration in New York as well as sit around at Shannon on the way. 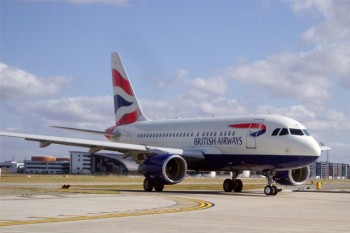 I imagine that a few other things have contributed to the axeing of the service:

Until April 2015, you earned 210 tier points each way on the London City flights compared to 140 tier points out of Heathrow.  This made the flights attractive if chasing status.

Many heavy US flyers now have Global Entry which allows them to skip immigration desks.  You can now apply for Global Entry as a UK citizen too, with interviews taking place in London.  US pre-clearance at Shannon is no longer a benefit for these people.

There is continued pressure on travel costs at the Canary Wharf banks and this service relies on a large number of the 32 passengers paying full price.

It isn’t clear what will happen to the A318 aircraft but I doubt BA will be looking at starting any other ‘all business class’ routes from City or indeed Heathrow.

I flew this service once, back in September 2010.  It was, unknown to me, the 1st anniversary of the service and there was cake and champagne waiting for us in Shannon during the refuelling stop!  I enjoyed the food and the seating.  I would still like to cover BA1 again for Head for Points if the opportunity comes up.