I reviewed the newly reopened InterContinental New York Barclay back in July.  Situated just around the corner from the Waldorf-Astoria and in front of Grand Central Station, the hotel had just emerged from a two-year top-to-toe refurbishment.

Unfortunately, things have not gone well.  Whilst the rooms are perfectly OK, the internet is awash with complaints about staffing and especially the treatment of elite status members.  This now seems to be having an impact on rates.

In February, you can book the Barclay for as little as $103 per night.  You can see this rate for Friday 10th February for example, or Friday 24th.  It is, of course, low season but on the same night the InterContinental Times Square is $221 per night.  The Holiday Inn Express on Fifth Avenue is $150 – almost 50% more than the Barclay.

To put this rate in perspective, Ambassador members will get 2 x $20 vouchers to spend in the Barclay bar, so that is 40% of your expenditure back already.

If you want a cheap weekend break next February, I recommend a brand new five star hotel in New York.  You can check out pricing via the Barclay home page here 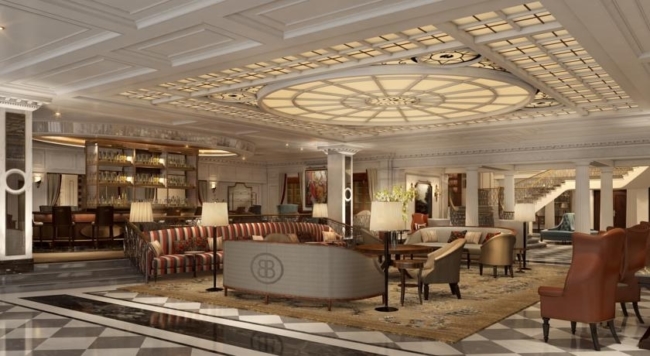 British Airways announced yesterday that it is dropping one of its two daily services to Philadelphia from 27th March.

The 17.15 departure (BA69 / BA68) will be cancelled.  The 12.45 departure will continue to operate, as will the daily American Airlines service.

If you have a booking to Philadelphia in the diary you should take a look to see if you have been affected.

Inside Gatwick’s Cathay Pacific A350

At the start of September, Cathay Pacific launched its new service from Gatwick to Hong Kong.

What makes this interesting is that the airline is using a brand new Airbus A350 on the route.  This article from thedesignair.net is very detailed and is based on a tour of the aircraft.  Thanks to Andrew for the tip-off.

It looks impressive and, for regular Hong Kong travellers, a good excuse to avoid Heathrow – especially as the new Cathay Pacific lounge in Terminal 3 is still not open!  Remember that, as a oneworld partner, you earn Avios and British Airways tier points on Cathay Pacific flights.