Liberty has designed a new line of washbags for BA‘s First Class cabin.

From 1st January 2017, initially on the Los Angeles route, passengers travelling in FIRST will be given a new washbag the British brand has designed exclusively for BA. 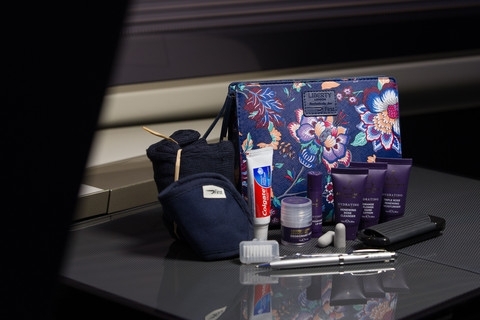 The men washbag is black with a subtle paisley pattern. 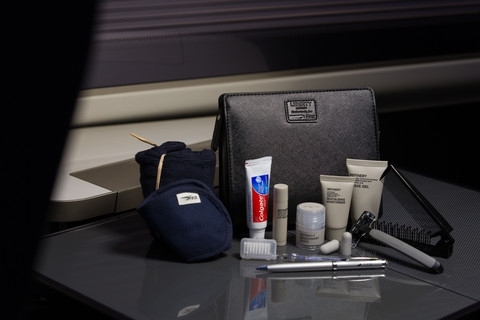 Both washbags are filled with Aromatherapy Associates toiletries which, from the pictures above, look identical to the contents of the current bag.  It’s not exactly on a par with the revised Qatar Airways Armani amenity kits though …..

Club Carlson, the loyalty scheme for Radisson, Park Plaza and Park Inn, is offering a 75% bonus when you buy points, however few or many points you buy.

The link is here.  The offer runs until TODAY, 30th October.

This deal does potentially offer value if you redeem in the right places on expensive nights, although the fall in the value of the £ makes buying points in $ to use in the UK far less attractive than it was.

The key London hotels such as Park Plaza Westminster Bridge – a new London property with a pool and next to the London Eye, London Dungeon, London Aquarium etc – are 70,000 points per night, so £228.  Rob reviewed the hotel here and we were also there last week at a conference.  It is a lot smarter than you might imagine.

At the more prosaic end of the scale, there are various Park Inn budgets hotels around the UK for 9,000 points per night.  Under this promo, 9,000 points would cost you just £29 based on the pro-rata price of 70,000.

We have a winner for our Worcester Whitehouse competition

Two weeks ago Head for Points ran a competition in association with the Worcester Whitehouse Hotel giving away a ‘romantic weekend in Worcester’ to one of our readers.

We were genuinely surprised by the number of people who entered and we may run similar competitions in the future if the right prizes come along.  There is only one winner, unfortunately, who is … James Baggaley.  Congratulations!

We hope you have a fantastic stay at the Worcester Whitehouse Hotel.

If you didn’t win, but would still like to go and visit Worcester, you can find out more about the Worcester Whitehouse Hotel at the hotel’s website.