I wrote earlier last week about the generous bonus of 15,000 Avios points which British Airways has awarded to anyone who has held a British Airways American Express card since it launched in 2001.

Well, not quite ‘anyone’.

I have had a few emails from people who have held the card since 2001 and have not received the bonus.

Almost all of these people have one thing in common:

At some point between 2001 and today, they upgraded from the free BA Amex to the Premium Plus card. 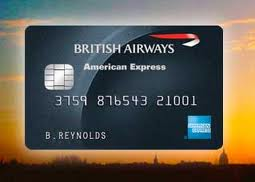 So, the situation is:

If you have had the Premium Plus card for 15 years, and are actively using it, you got 15,000 Avios

If you upgraded or downgraded from one card to the other during the past 15 year, you did NOT got a bonus

I genuinely do not believe that British Airways intended this to happen.  They will have asked Amex for a list of everyone who has held a card continuously since 2001 and this will have excluded people who upgraded or downgraded during that time.

Plenty of Avios, Amex and BA employees will read this, so hopefully they can take another look and issue the bonus to those people who do deserve it but have been tripped up on a technicality.